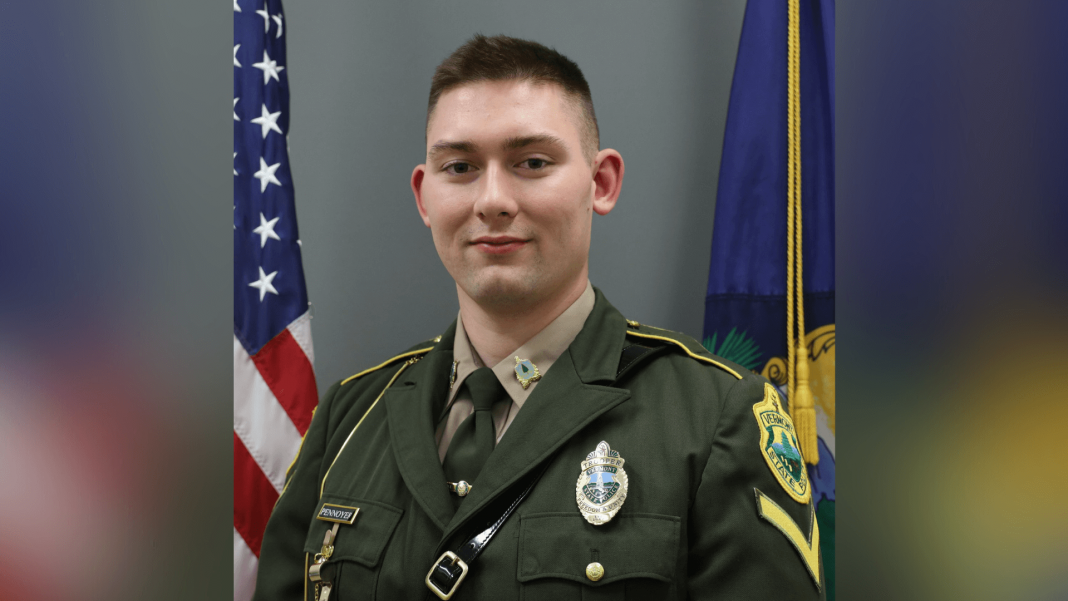 BARRE — A 29-year-old state trooper from Barre was cited for unauthorized access following an investigation that began in July 2022.

On Wednesday, the Vermont State Police issued a citation to Paul Pennoyer, on a charge of unauthorized access.

Pennoyer is a trooper with the Vermont State Police.

The incident came to light as a result of concerns raised by fellow troopers in July.

A detective from outside the area was assigned as the lead investigator on the case.

According to the findings of the investigation, Pennoyer previously had received consent to perform a search of a suspect’s mobile phone as part of a criminal investigation, and during that search obtained login credentials for the individual’s Facebook account.

Investigators learned that Pennoyer continued to use the Facebook login credentials without the consent of the individual, including on one occasion in July 2022, when Pennoyer accessed the account and read private messages as part of an attempt to locate the individual following a vehicle pursuit involving the suspect and members of the Barre City, Barre Town, and Berlin police departments.

Pennoyer has been a trooper since July 2018 and has worked at the Derby Barracks since his graduation from the Vermont Police Academy in January 2019.

Troopers issued Pennoyer a citation via his attorney today.