Wrong-way driver on I-293 in Manchester 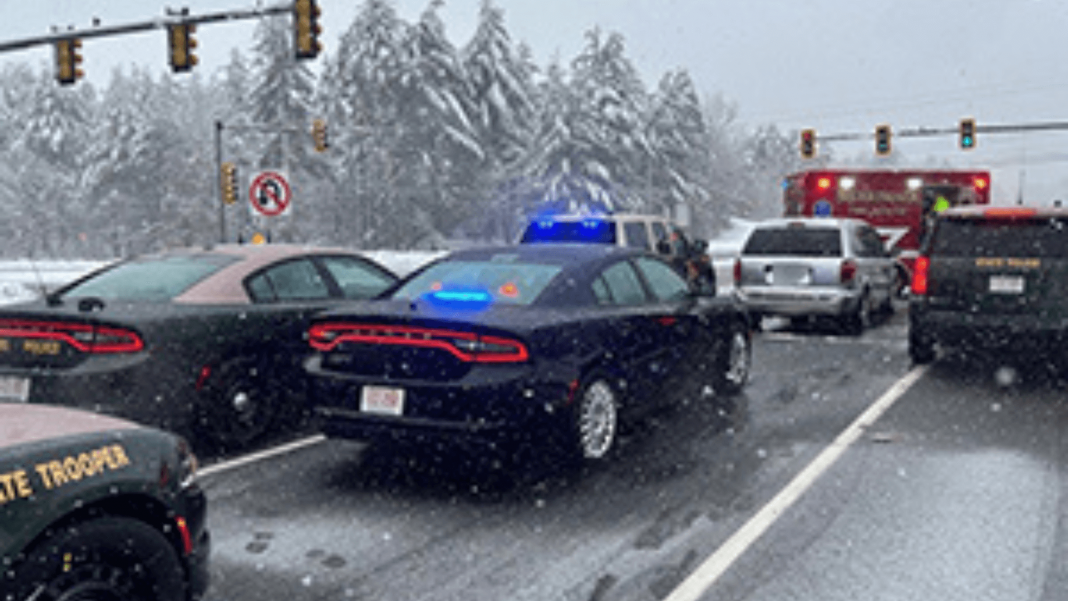 MANCHESTER — An 84-year-old man from New Hampshire was involved in a wrong-way crash in Manchester on Monday.

Authorities say they were notified of a minivan traveling the wrong way on I-293 at around 1:30 p.m.

Witnesses reported a minivan traveling south in the northbound lanes.

Troopers responded to the area, first encountering the vehicle on the F.E. Everett Turnpike in the area north of the Bedford Toll Plaza traveling south.

Police say the driver of the suspect vehicle disregarded the emergency signals of a responding trooper, continuing to travel the wrong way.

The vehicle was located off of Exit 11 and then on Continental Boulevard in Merrimack.

Police say the driver was transported to St. Joseph’s Hospital for evaluation and treatment.

The New Hampshire State Police was assisted in this incident by Merrimack Fire Department and Merrimack Police Department.

Police say the investigation of this incident is ongoing.