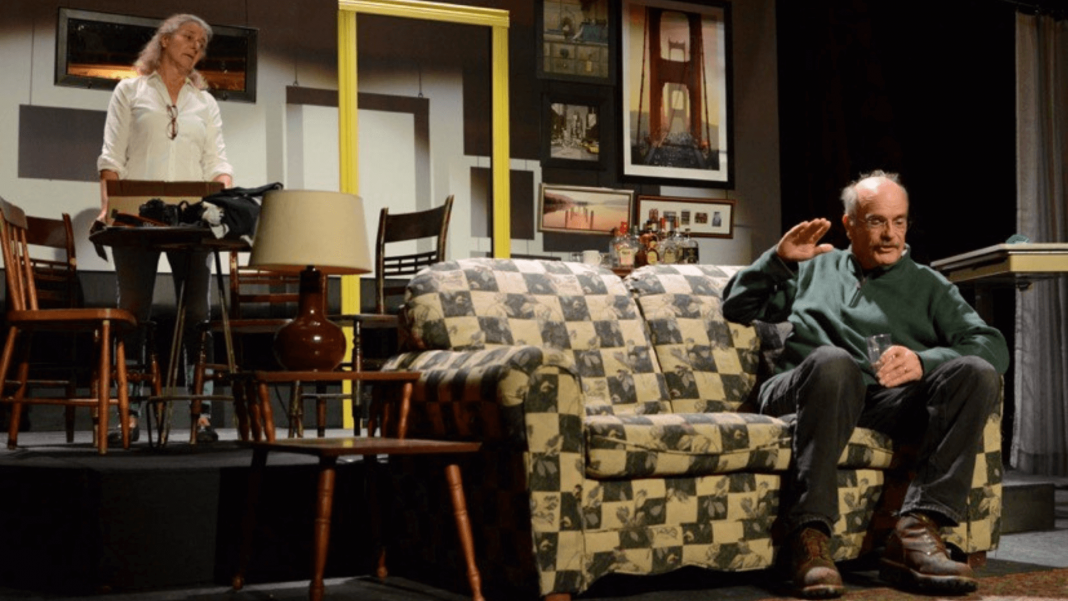 DERBY LINE — A veteran cast of actors will anchor a heartfelt but humorous drama as Borderline Players present The Tin Woman by Sean Grennan.

Reeling in the wake of an unexpected heart transplant, Joy finds herself drawn to contact the donor’s family.

A tempestuous meeting ensues resulting in a roller coaster of tears, laughter, and healing.

An intimate and poignant play, The Tin Woman explores the power of human connection.

The Tin Woman premiered in 2014 at Peninsula Players Theatre in Wisconsin and has been described as “a mature, deftly crafted and accomplished work” (Florida Onstage) and “full of laughter and light, even at the darkest moments” (Green Bay Press Gazette).

Borderline Players’ production is directed by Benj Tabah, last seen on the Haskell stage in All Together Now and making his Borderline directorial debut with this show.

“It’s a thoroughly engaging script with a ton of heart and lots of laughs,” says Tabah. “I’m so lucky to have assembled such a talented cast to bring it to life.”

Tickets are $15 for adults, $12 for students and seniors and are available at the MAC Center for the Arts in Newport, the Haskell Free Library, and the Colby-Curtis Museum in Stanstead.

Tickets are also available online (U.S. funds only) at https://borderlineplayers.org.

Tickets can be purchased at the door on the day of the performance.

Reserve in advance by contacting Borderline Players via email [email protected] or Facebook.

Visitors should note that masks are mandatory for audience members for all performances and that there are new requirements for entering the Opera House.

American spectators may enter by the main Opera House entrance on Caswell Avenue.

Canadian audience members should park on the Canadian side and enter the opera house using the fire escape tower at the north end of the building.

After the performance, they must return to Canada the same way.

Canadians with mobility issues who require the elevator should report to U.S. Customs and enter from the American side of the building.

They will need to report to Canada Customs upon their return to Canada.

Below is a “meet-the-cast” video shot at the Haskell before rehearsals.