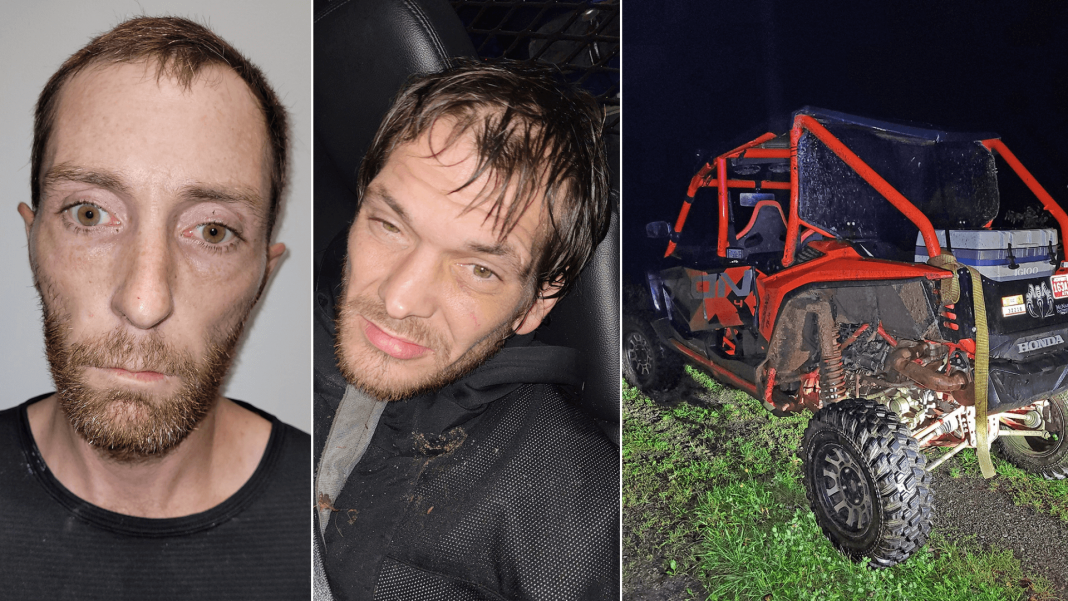 NEWPORT — The Newport Police Department arrested two men on numerous charges after they were found to be in possession of a pair of stolen off-road vehicles early this morning.

Newport Police were dispatched at around 2:15 a.m. for a report of a car towing two side-by-side off-road vehicles on Pleasant Extension onto Airport Road toward Coventry.

A responding officer located the ATVs parked in the pull-off on the Black River Bridge and parked his cruiser behind them.

One of the individuals, later identified as Larry Garrow, 34, of Richford, began to flee on one of the ATVs and ran over the officer’s foot, which knocked him backward, before driving it into the river.

Garrow then exited the vehicle after it became inoperable and attempted to swim away from officers.

He was located under the bridge a short time later.

Police say Garrow is a person of interest in multiple thefts across several jurisdictions.

At the time of his arrest, he was free on bail for a DUI charge, which carried the condition that he refrain from operating a motor vehicle.

The second suspect, later identified as Kenneth Cameron, 35, of Richford, fled the scene and was not immediately apprehended.

He was eventually taken into custody without incident on Pleasant Street at about 11:30 a.m. today.

Police say the off-road vehicles were stolen from Pleasant Street.

Both were arraigned today in Orleans District Court.

Police say the officer was not seriously injured in the incident.