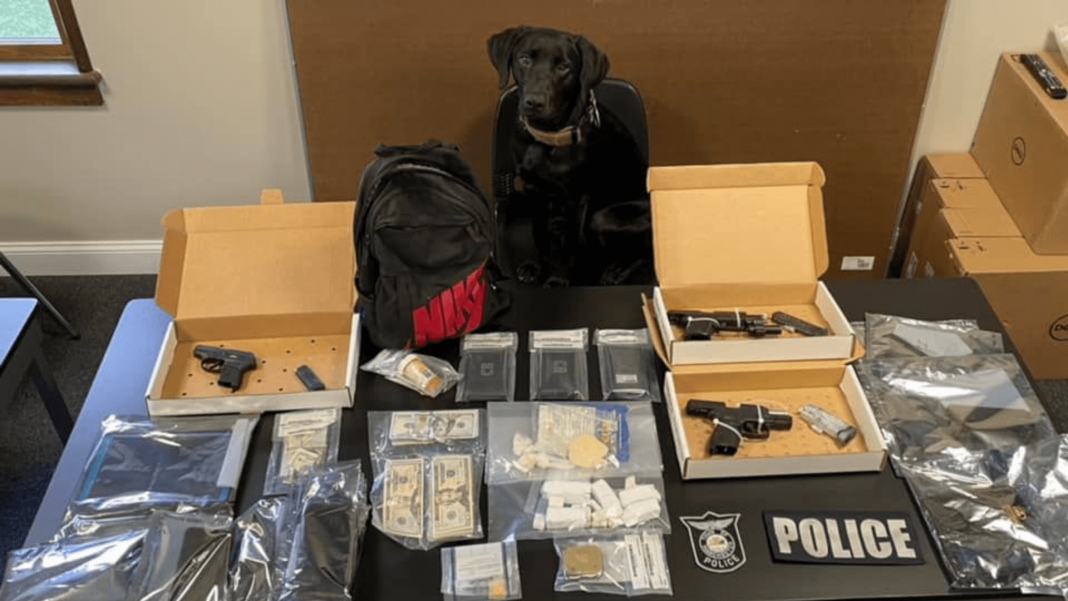 BENNINGTON — Eight people were arrested in Bennington on Thursday.

Police say they executed a search warrant at an apartment on Beech Street following an overdose death at around 12:00 p.m.

Police say all were taken into custody.

Police located 3 handguns, 1 having no serial number, 59 grams of crack cocaine, 265 baggies of suspected heroin/fentanyl, $6,590 in US currency.

Throughout the investigation, police also allege that Arroyo-Cruz, Acosta, and the juvenile were accused of aggravated assault.

Arroyo-Cruz, Acosta, and the juvenile were all held without bail at the Marble Valley Regional Correctional Facility.

Farquharson, Farley, and Souris were all released on a citation.