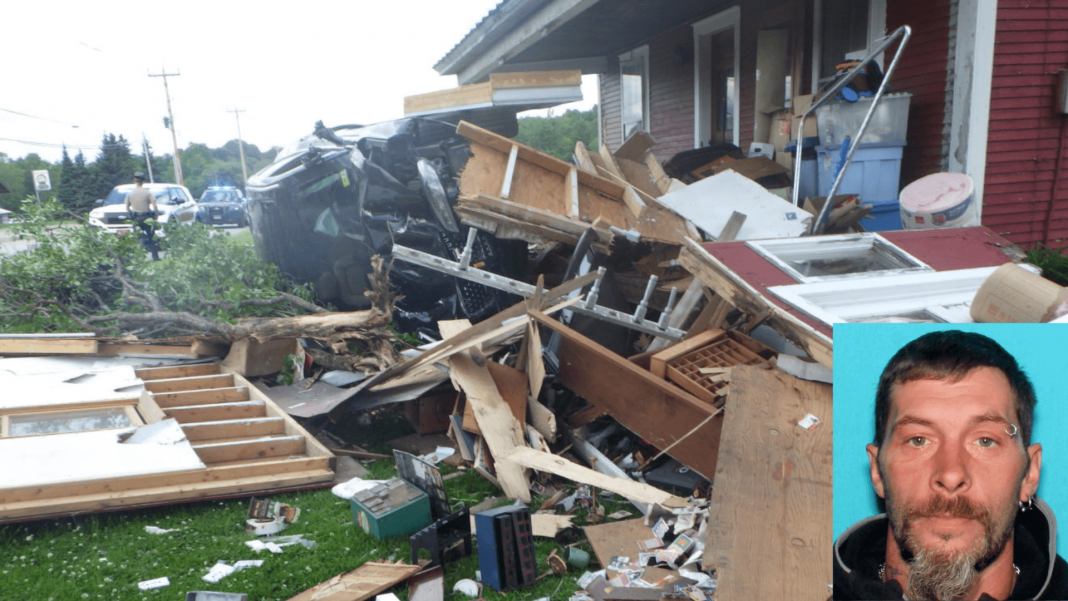 NEWPORT — Newport police have arrested a man after he allegedly crashed a stolen car into a house on Friday.

Jamie Bocash, 42, of Morrisville, was arrested and is facing charges of aggravated operation without the consent of owner, grossly negligent operation, and leaving the scene of an accident.

Police say they were dispatched to a residence on East Main Street for a report of a stolen vehicle on Friday at around noon.

The vehicle’s owner and a witness told police they observed a man, later identified as Bocash, enter the vehicle and drive away at a high rate of speed.

The car eventually crashed into a house on Route 100 in Lowell at around 1:00 p.m.

Authorities located Bocash while he was allegedly in the process of fleeing the scene on foot.

Police say he refused medical treatment and was taken into custody without incident.

Bocash is also accused of crashing the vehicle into another vehicle on the causeway and into guardrails on Highland Avenue prior to the crash on Route 100.

He was held over the weekend at the Northern State Correctional Facility in Newport on $25,000 bail.

He is expected to be arraigned in Orleans County Criminal Court tomorrow.