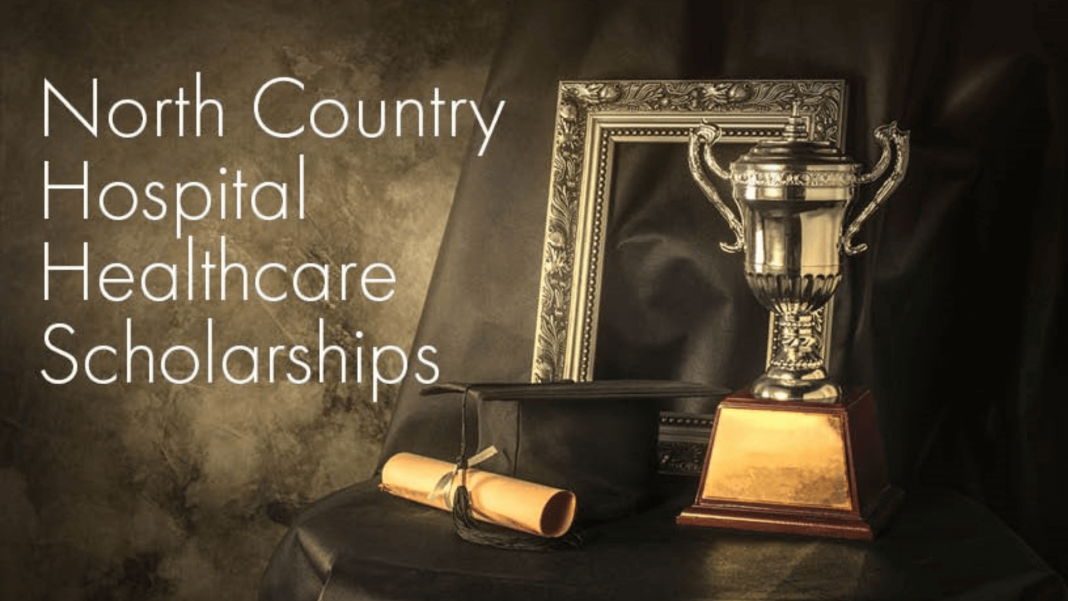 In addition, the hospital foundation renews the $1,000 scholarships for consecutive years providing students stay in healthcare education and maintain a minimum 3.0 GPA.

Each year the scholarship review committee makes selections based on student essays, transcripts, extra-curricular activities, as well as financial need.

Applicants must also live in the hospital’s service area in order to initially apply.

The Healthcare Career Scholarship is made possible by the annual North Country Hospital Scholarship Golf Classic, with proceeds each year going directly to students studying in a healthcare field.

The 34th annual scramble is set for Sunday, August 28, at Orleans Country Club.

The Caryl B. Custer Scholarship for Nursing Students award went to three students at North Country Union High School – Taylor Gilson, Riley Perry, and Kaylie Wheeler. This fund was created by summer resident Dr. Keith Custer in memory of and on behalf of his wife Caryl, who was a nurse manager in Florida for many years. She individually supported many nursing students during her career there.

Another hospital Legend is to be named this summer.

This year’s recipient is Nicole LaFratta, a Lake Region graduate.

Contributions to North Country Hospital for any of the scholarship funds help sustain these awards for years to come.

Students can receive awards for 2-year, 4-year as well as graduate programs.