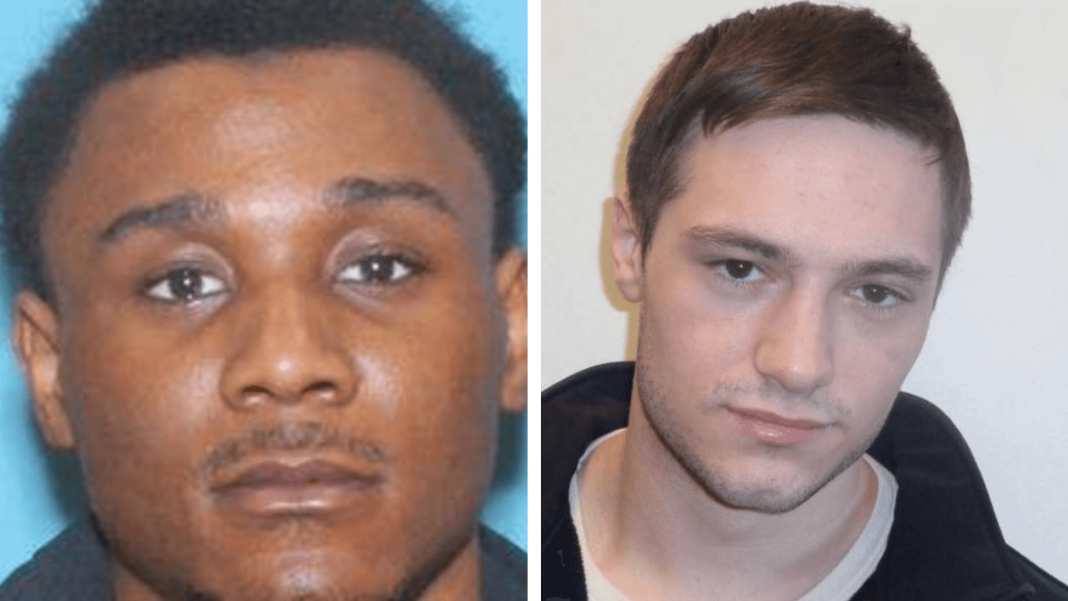 NEWPORT — Local police have arrested two men, and are looking for a third, following an attempted traffic stop in Newport yesterday.

The Newport Police Department is searching for Dakota Merrill, 22, of Derby, who is wanted for eluding a police officer, gross negligent operation, excessive speed, leaving the scene of an accident, and unlawful restrain.

Romello Appleton, 25, of Springfield, MA, was arrested on a federal warrant.

Jacob Roy, 26, of Derby, was arrested for violating the conditions of his parole.

Police observed Appleton enter a vehicle driven by a person believed to be Merrill.

The vehicle was observed taking a right from Prospect Street to Third Street.

Officers followed the vehicle from Third Street to Main Street, where they activated their emergency lights and sirens in an attempt to conduct a traffic stop.

The driver failed to stop for police and a pursuit ensued at speeds exceeding the posted limit.

During the pursuit, the driver side-swiped another vehicle at the intersection of Routes 14 and 59 in Irasburg and continued to flee.

The vehicle eventually crashed into a ditch on River Road in Coventry.

Appleton, Merrill, and another suspect later identified as Roy fled from the car on foot into the woods.

Following the crash, police located a fourth passenger still in the vehicle, who reported she repeatedly advised Merrill that she wanted to be let out during the pursuit, but he allegedly refused.

Appleton and Roy were located with the help of the Newport Police Department’s K9 Unit approximately 30 minutes after the crash and were placed under arrest by Newport Police and Vermont State Police.

Both were transported to the State Police Barracks in Derby.

Officers were unable to locate Merrill.

Anyone with information about his whereabouts is asked to call the Newport Police at 802-334-6733.