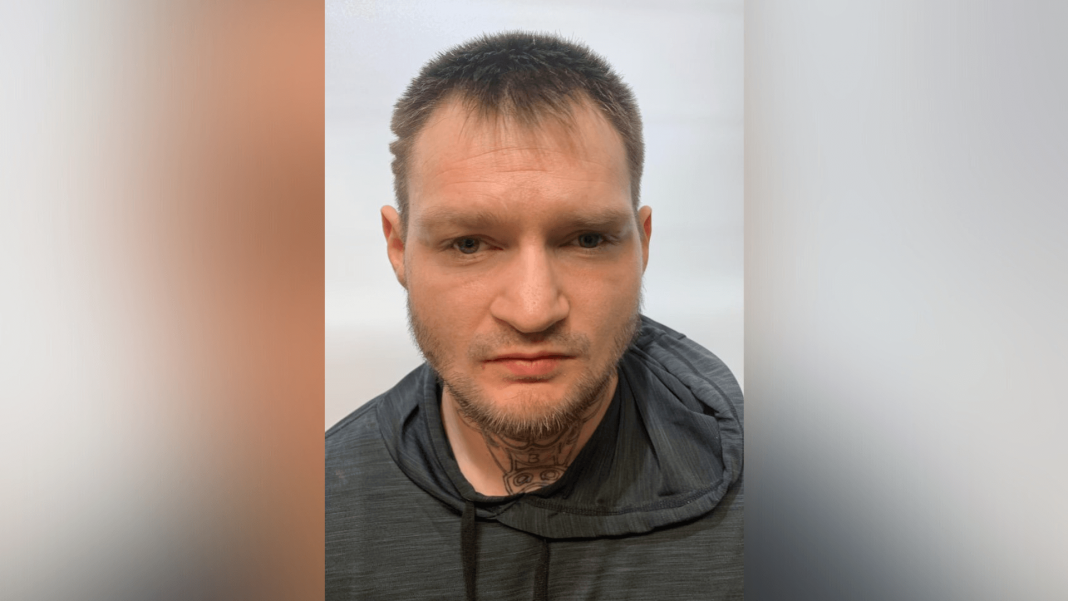 SEARSBURG — Police arrested a suspect in the 2019 homicide of a woman whose remains were found in a shallow grave in Searsburg.

On September 20, 2019, police opened an investigation following the discovery of human remains

A man contacted police to report that he was at a gravel pit on Somerset Road when he came across what he believed were the remains of a human jawbone.

Members of the Vermont State Police Field Force and Criminal Division responded to the location and collected the jawbone.

The remains were brought to the Chief Medical Examiner’s Office in Burlington for further examination.

State Police personnel including the Crime Scene Search Team began a search of the area.

On September 21, 2020, investigators with the State Police successfully identified the victim.

She was last in touch with her family in July of 2019.

Following an investigation, Deven D. Moffitt, 32, of Bennington, was taken into custody on a charge of second-degree murder in the killing of Hildenbrandt.

Police from multiple agencies initially attempted to arrest Moffitt outside an apartment complex on South Street in Bennington when he ran from the authorities.

Police say two troopers each deployed one less-than-lethal round but were unsuccessful in stopping him, and a chase ensued that ended when detectives tackled Moffitt near 126 Jefferson Avenue.

Detectives found that Hildenbrandt and Moffitt had been in a relationship while Moffitt was incarcerated in Vermont on a previous conviction.

In March 2019, Hildenbrandt reported to the Windsor County State’s Attorney’s Office and later the Vermont State Police that she feared for her life if Moffitt were to be released from prison.

The state police assigned a detective to the case who interviewed Hildenbrandt, but she ultimately stopped cooperating with the investigation, and law enforcement was unable to pursue the matter further.

After the discovery and identification of Hildenbrandt’s remains, the Vermont State Police learned that Hildenbrandt had posted bail for Moffitt on July 8, 2019, in a newly filed criminal case.

Police say evidence in the Hildenbrandt case indicates she was killed in mid-July 2019.

In the course of the complex, lengthy investigation, detectives spoke with numerous witnesses and associates of Hildenbrandt and Moffitt, analyzed cellphone calls, text messages, and location data, executed digital search warrants, and reviewed call records from the Department of Corrections.

Moffitt was processed at the Shaftsbury barracks after his arrest and ordered jailed without bail at the Marble Valley Regional Correctional Facility in Rutland pending arraignment.