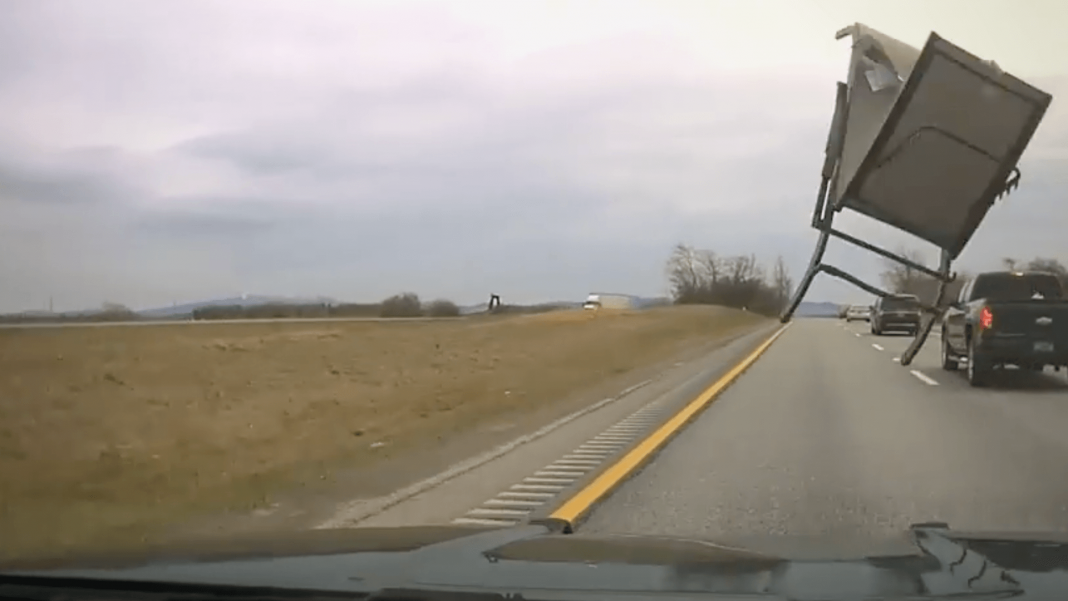 SOUTH BURLINGTON — A Vermont State Police vehicle was damaged during an incident in South Burlington yesterday.

Trooper Dylan LaMere said that he was on patrol on I-89 at around 12:35 p.m. traveling in his marked police cruiser.

He says a truck being driven by a 45-year-old man from Barre who was traveling in front of him had an unsecured lawn chair in its bed.

The lawn chair came up and out of the bed and into the air.

It landed on the driver-side windshield of Trooper LaMere’s vehicle.

Police say this collision caused damage to the hood, roof, and windshield.

Nobody was injured during the incident.