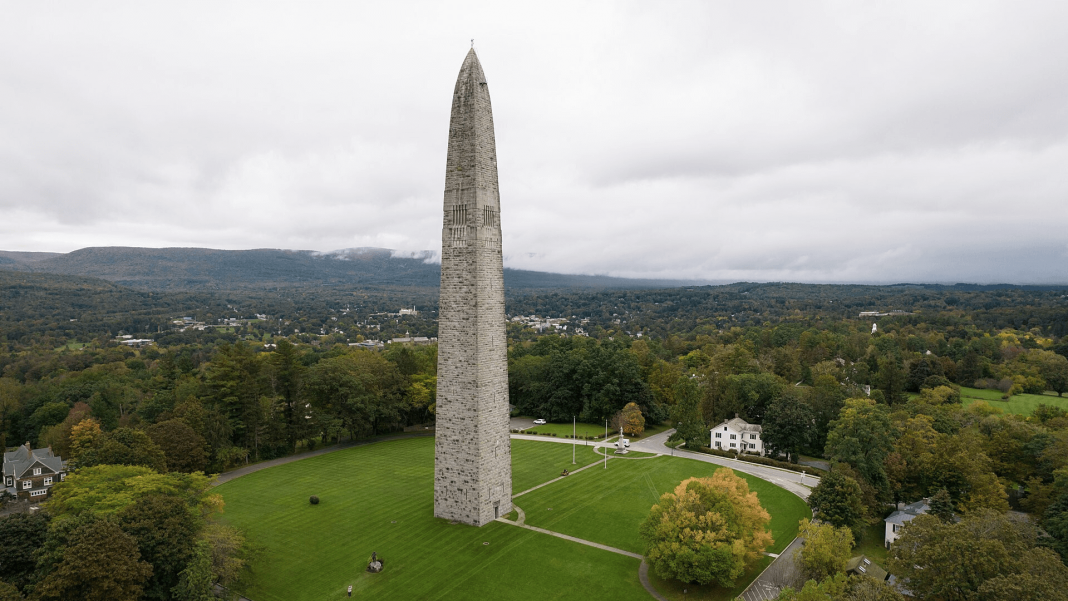 BENNINGTON — The Bennington Battle Monument will be illuminated in support of the people of Ukraine.

This is a one-time special illumination event.

The lighting of the Monument in the Ukrainian colors of blue and yellow will begin tomorrow at 8:00 p.m.

If people wish to see the initial lighting, please arrive no earlier than 7:30 p.m. at the Monument.

Participants are invited to bring candles and luminaries.

“President Zelenskyy has told the world that acts of solidarity and showings of support are appreciated by the brave people of Ukraine,” said Governor Phil Scott. “Although on an individual level, there is little any one of us can do, we must continue to come together to show our support, and I appreciate the people of Bennington for coming forward with this idea. The State was happy to help make this happen.”

The tallest man-made structure in the State of Vermont, the 306-foot Monument was completed in 1889 to commemorate the 1777 Battle of Bennington, a pivotal victory for the colonial forces on the New England front during the American Revolution.

The exterior of the stone Monument is constructed of Sandy Hill dolomite, a blue-gray magnesian limestone quarried in New York.

One of the challenges in illuminating the Monument is the dark-colored stone, which absorbs colored lights rather than reflecting it.

Custom colored lens adapters were fitted on the existing lights with metal frames to give the best illumination of blue and yellow.

“The special illumination in blue and yellow of this Vermont icon was important to us, but it was not just a matter of changing the light bulbs,” said State Historic Preservation Officer Laura V. Trieschmann. “We had to ensure the aging lighting system was up to the task, get approvals from our partners in Old Bennington and at the FAA, and have special colored lens adapters produced.”