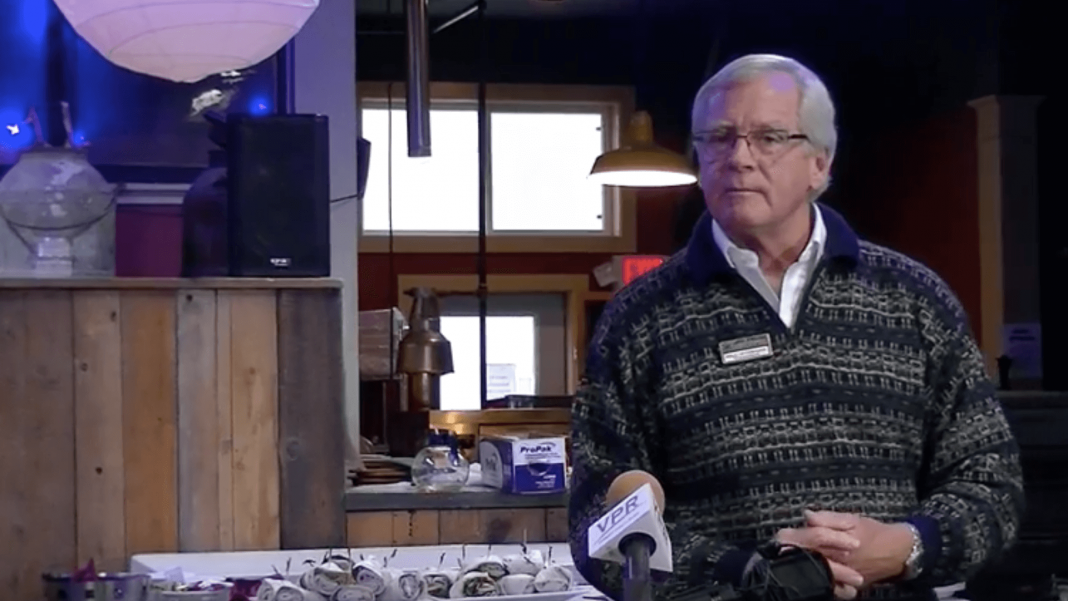 NEWPORT — William Stenger, 73, of Newport, was sentenced today to 18 months in prison in connection with the AnC Vermont EB-5 project in the Northeast Kingdom.

Stenger was also ordered a 3-year term of supervised release and must pay $250,000 in restitution.

The sentencing follows Stenger’s guilty plea to a felony count of knowingly and willfully submitting false documents to the Vermont Regional Center in connection with his involvement in the AnC Vermont project.

EB-5 immigrant investors could qualify for permanent resident status by investing $500,000 in a commercial enterprise.

In order to obtain a green card, each investor needed to demonstrate that his or her investment had created, or would create within a few years, ten jobs.

For the AnC Vermont project, it was necessary for Stenger and his co-defendants to demonstrate a plan to create at least 2,200 jobs in a short timeframe in order to obtain approval.

Stenger pleaded guilty to submitting false documents to the Vermont Regional Center in January of 2015 as part of his effort to allow him to continue marketing the AnC Vermont project.

As Stenger admitted during his change of plea hearing, due to VRC’s concerns about a number of aspects of the AnC project, Stenger had agreed with the VRC in late June 2014 to suspend offering and marketing of the project.

Stenger knew that he had to provide answers to questions from VRC about the project’s financial projections and about the status of U.S. Food and Drug Administration (“FDA”) approvals needed for the commercialization of the products in order to be permitted to market the project again.

Stenger’s January 2015 submission addressed, among other things, these topics.

Both the financial projections and the FDA timeline impacted whether the project would create the number of jobs needed for the investors to obtain immigration benefits.

Stenger’s guilty plea centered on the misrepresentation aspect of the fraud.

In connection with his sentencing, Stenger agreed not to dispute a broader set of facts asserted by the government in a sentencing-related brief, including that he participated in the misuse of investor funds along with co-defendants Ariel Quiros and William Kelly.

Their misuse of funds was principally caused by debts and cost overruns on earlier EB-5 projects, for which Stenger bore significant responsibility.

Stenger was the general partner for the EB-5 projects and assumed responsibility for how investors’ funds were used.

While Stenger was not principally responsible for executing the misuse of investor funds, he knew about and assisted in it.

He hid the projects’ financial problems from the VRC, U.S. Citizenship and Immigration Services, and investors, and he repeatedly abused his position of trust to assure regulators and investors that the projects were successful, and nothing was wrong.

His sentencing hearing is scheduled to occur before Chief Judge Crawford on April 20, 2022.

His sentencing is scheduled to occur before Chief Judge Crawford on April 29, 2022.

Both Quiros and Kelly agreed to cooperate in the government’s ongoing matters.