One killed during 30-car pileup on I-89 in Milton 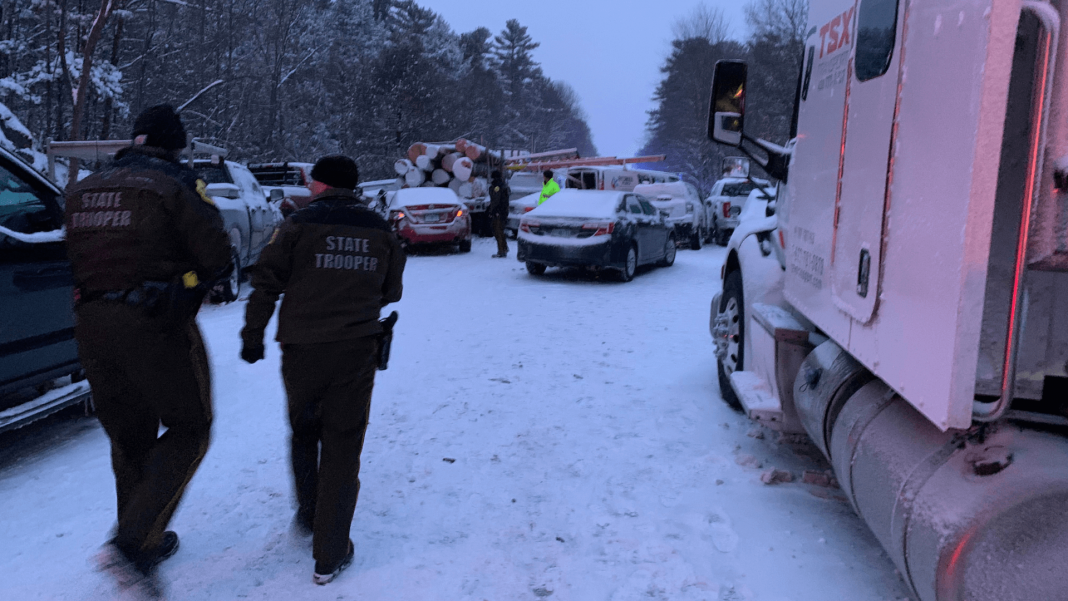 MILTON — There is one confirmed fatality following a multi-vehicle crash on Interstate 89 north in Milton.

The crash occurred at about 4 p.m. just north of Exit 17 and involved 30 vehicles.

Other injuries appear to be minor or moderate, police say.

The number of people and the exact number of vehicles involved are still being ascertained by investigators on the scene.

The crash occurred during heavy snowfall and blowing snow, and the road was snow-covered and icy at the time.

The investigation into the cause of the crash is in its preliminary stages.

Troopers from the St. Albans and Williston barracks responded to the crash.

Members of the Vermont State Police Crash Reconstruction Team have arrived on the scene to perform their investigation.

The road is expected to remain closed for an extended period.