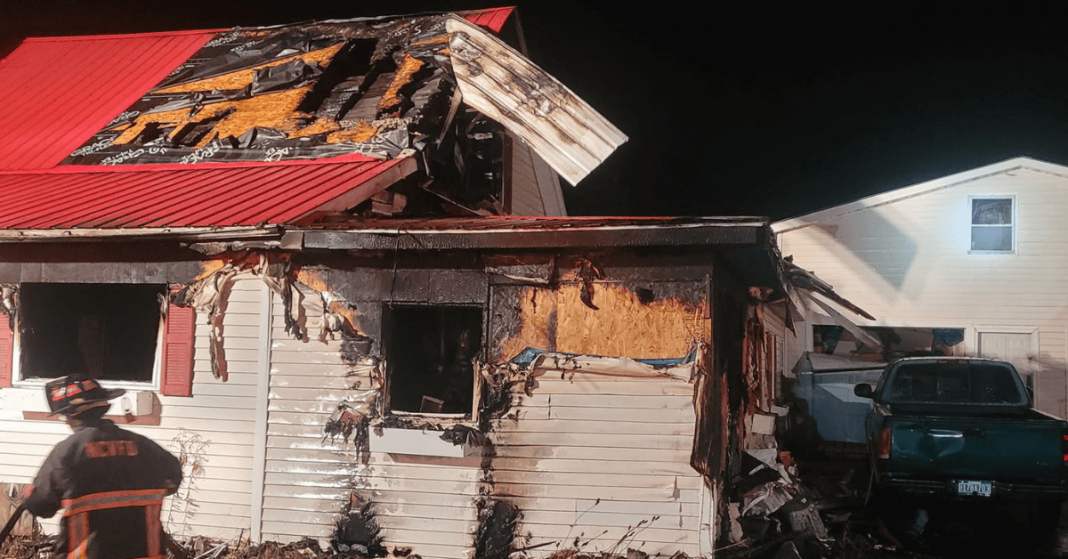 The Newport Center Volunteer Fire Department was called out to the fire at around 6:45 p.m.

Arriving crews say they found heavy fire coming from all the roadside windows and doors.

High winds in the area last night made it difficult for crews to keep up with the ongoing fire, but they quickly knocked down the bulk of the fire.

All occupants inside the home are reported to have made it out safe, but many pets were killed in the fire.

Mutual aid was requested from Troy and North Troy, and additional tankers were called in from Jay and Lowell.

Additional crews were requested from the Lowell Fire Department and Newport Ambulance was on the scene as well.

Crews say they tried setting up a water supply next to the Newport Center fire station but unsafe ice conditions made it impossible to gain water access.

Tankers were sent to the North Troy Fire station for water.