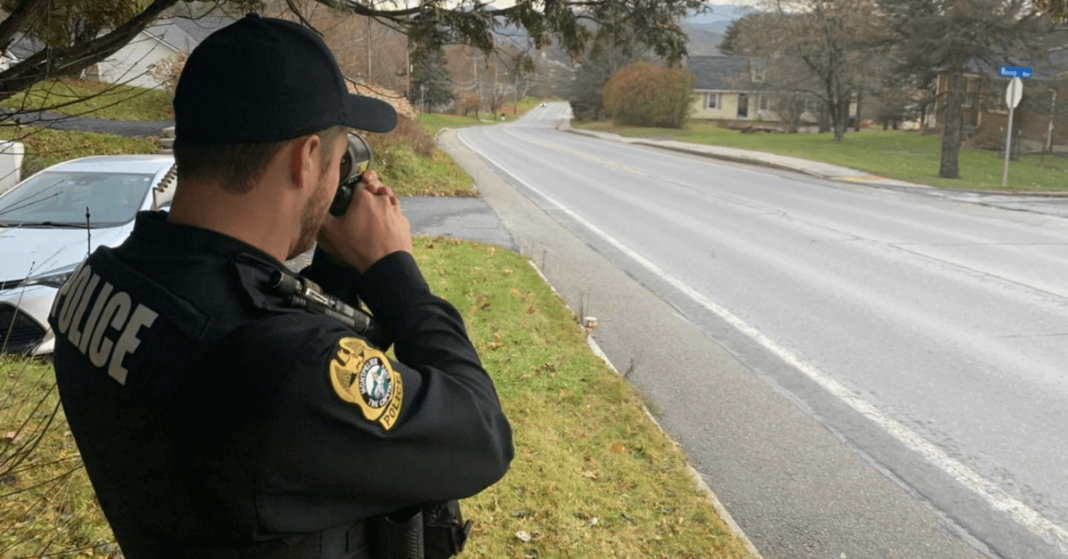 MONTPELIER — Multiple vehicles were stopped and ticketed during a saturation patrol on Berlin Street last week.

Police say they set up the patrol after complaints of speeding were reported from residents in the area.

The posted speed limit on Berlin Street is 30 mph, and police say several vehicles were caught doing in excess of 45 mph.

Police used LIDAR, which stands for “Light Detection And Ranging,” to clock the speed of passing motorists.

LIDAR measures distance by illuminating a target with a laser and analyzing the reflected light.

In the case of our LIDAR speed devices, the burst of invisible-to-the-eye laser light is analyzed to determine a vehicle’s speed, much like radio waves and RADAR, but with what police describe as “pinpoint accuracy.”

The Montpelier Police Department is advising drivers to slow down.