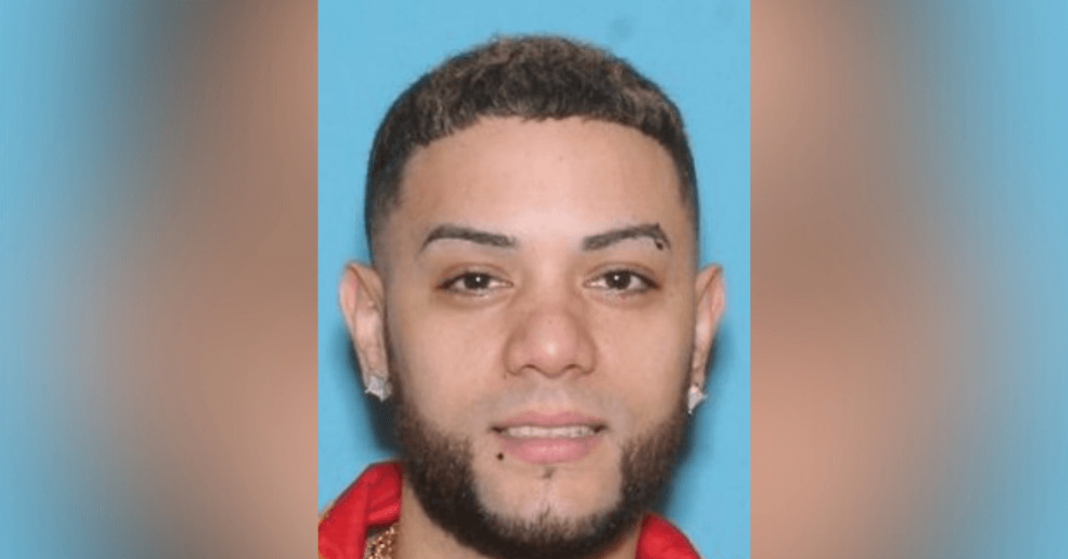 BROWNINGTON — Authorities are searching for a man in Orleans county they say is considered armed and dangerous.

The suspect is Ivan Carmona, 29, of Springfield, Massachusetts.

On September 23, police allege Carmona took a victim from their residence in Newport at gunpoint, assaulted them, and held them against their will overnight at a location in Brownington.

The next day the victim was able to leave and contacted the police.

At around 6:30 p.m. that same day Newport Police received a report that Carmona was back at the victim’s residence.

Carmona fled upon seeing marked police units and a pursuit was initiated.

He was pursued through Newport and into Coventry where the pursuit was terminated on Coventry Station Road.

Investigators say Carmona had been residing at a residence in Brownington.

A search warrant at the residence was granted, and on Wednesday, troopers in Brownington located Kassandra Medellin-Oliver, who was the subject of an active instate arrest warrant on a probation violation arising from drug-related charges and suspected to be an associate of Carmona.

Medellin-Oliver fled on foot from troopers and was quickly apprehended.

Additional Troopers including the Tactical Services Unit and Crisis Negotiation Unit responded to the suspected residence and the search warrant was executed.

As a result of the operation, Eddie Torres, 35, was placed under arrest on an active warrant for drug-related charges out of Massachusetts.

Carmona was not located at the residence and is believed to have fled.

Police say due to the ongoing nature of the investigation, information regarding the victim’s identity is being withheld.

Carmona is a male approximately 5’10” and 150 lbs with close-cropped dark hair and facial hair, a tattoo on the left side of his neck, and a tattoo on his left calf.

His ears and lower lip are pierced.

Carmona is wanted by the police and is considered armed and dangerous.

He should not be approached, and anyone with information regarding his whereabouts should call 802-334-8881.