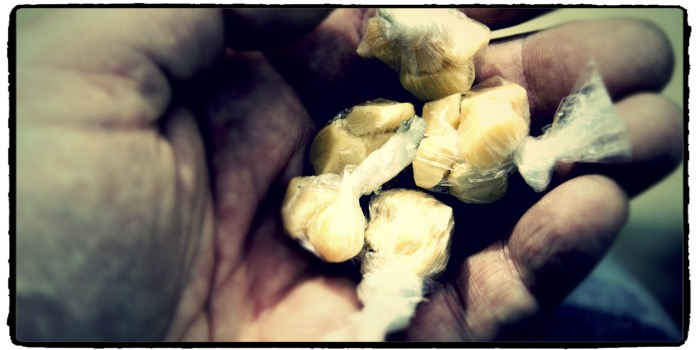 DERBY LINE — A 34-year-old man from Florida was caught near the border with 84 grams of crack cocaine stuffed inside a hollowed out loaf of bread.

A Customs and Border Protection Officer in Derby Line noticed a vehicle making an illegal U-turn between the U.S. and Canadian ports of entry on Monday. The vehicle was being driven by Tyrone Dixon, who was traveling with Emily Lasell, of Vermont.

Officers who searched the vehicle say that they found a green and black bag that contained a hollowed out loaf of bread concealing approximately 84 grams of crack cocaine.

Along with the crack, the search turned up five used syringes, 25 used or torn white packages they say were consistent with packaging commonly seen in the heroin trade.

Dixon is being charged with possession of a controlled substance with the intent to distribute.