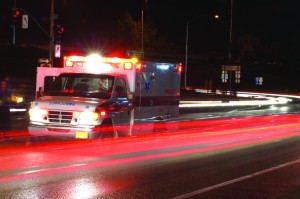 LYNDONVILLE — Police say they believe that a severe food allergy may have been to blame in the death of a 24-year-old man in Lyndonville on Sunday.

Edward Alfred Horan II, of Hookset, New Hampshire, collapsed at 93 South Street in Lyndonville on Sunday night at around 11:20 p.m. Emergency medical services were dispatched, but Horan was pronounced dead at the scene.

Authorities are reporting that there was nothing found during the initial investigation to indicate any sort of foul play. It is reported that Horan’s family has informed investigators that he suffered specific food allergies.

So far police believe that Horan may have accidentally ingested some of the food he was severely allergic to, causing a fatal allergic reaction. They have not said what that food may have been.

State Police Bureau of Criminal Investigations was contacted to conduct an investigation in conjunction with the Office of the Chief Medical Examiner, before a formal cause of death can be determined.