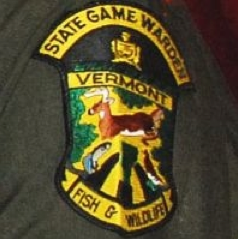 Wardens also discovered five spotlights pointed towards a backyard enclosed by a 400-foot cedar hedge. At the center of the yard was a large pile of corn and apples, with well-worn game trails leading into the yard. Wardens discovered a sliding port cut into the back of the house with a rest similar to a gun-rest found at a shooting range.

Wardens discovered a large 9-point buck that they believe was killed the night before the season opened. The deer was not tagged, as is required by law. Wardens seized the ATV that was allegedly used to drag the deer to the Dion’s basement, in addition to seizing the deer.

Jennie Dion faces charges of aiding in a big game violation and possession of big game taken by illegal means.

Each charge carries a possible 60-day jail sentence and monetary fine of $250-500 per offence. They also face a three-year loss of hunting privileges, which can be reinstated only after successful participation in a remedial hunter ethics course. Additional charges are anticipated.

The couple is to be arraigned in Orleans Superior Court on December 29, 2014, to answer the charges.

“Most Vermont hunters pursue game lawfully and respect hunting regulations,” said Major. Dennis Reinhardt, acting chief of law enforcement for Vermont Fish & Wildlife. “Those few who choose to poach animals face serious consequences and can seriously damage the hunting opportunities for those who follow the law.”

The arrest was a result of numerous anonymous tips from community members.