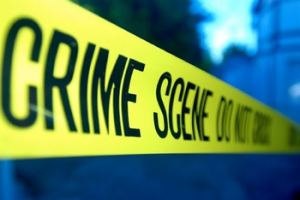 CRAFTSBURY — A 48-year-old man from Craftsbury was the victim of an assault and robbery on Tuesday night. Police are reporting that at 8:30 p.m., they responded to the incident that took place at the victim’s home, located at 47 East Craftsbury Road.

Richard Gutzmann informed police that two subjects had stopped at his residence asking him for assistance, explaining that they were having trouble with their vehicle.

As Gutzmann turned for the telephone the subjects grabbed him, sprayed his face with some sort of mace or pepper spray, and assaulted him with a baseball bat.

The subjects reportedly stole an undisclosed amount of money from Guzmann’s wallet before fleeing the scene in a vehicle of unknown description.

Gutzmann was transported to Copley Hospital by Hardwick Rescue Ambulance Service to be treated for his injuries.

State Police Troopers and detectives are continuing the investigation.  Anyone with any information is asked to contact the Vermont State Police Derby Barracks at 802-334-8881.

CRAFTSBURY COMMON — As the world confronts the coronavirus pandemic and economic
CRAFTSBURY — Last Saturday, over 500 entrants competed in the Pumpkinhead Half
CRAFTSBURY — Police are investigating an incident where someone was seen attempting
CRAFTSBURY — The Energy Committees of Craftsbury, Glover, and Greensboro will be
WILLISTON — Craftsbury resident Eric Hanson was recently presented the 2019 GMP-Zetterstrom
Go to Top