Barton, Troy, and Jay to benefit from recent NBRC grants 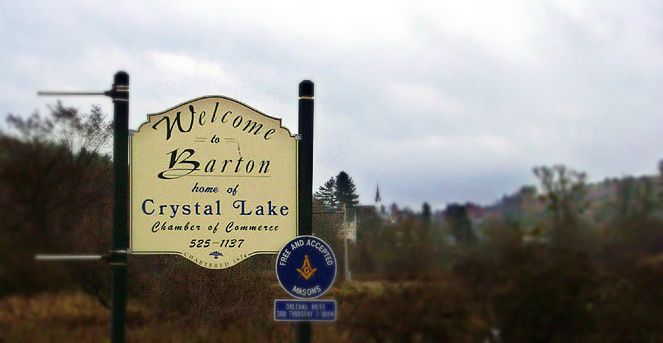 BARTON — It was announced on Thursday that Vermont will receive $891,679 in Northern Border Regional Commission (NBRC) funds for economic development projects in Northern Vermont. This is a $400,000 increase over funds awarded in Vermont last year.

The NBRC funds will be disbursed in five grants to five organizations in Northern Vermont, for targeted economic development and job creation by improving infrastructure and strengthening communities.

$250,000 — Northern Community Investment Corporation, for the construction of telecommunications
infrastructure.

$250,000 – The Towns of Troy and Jay, for wastewater pump station improvements.

$250,000 – Vermont Agency of Transportation, for a new rail siding in Barton, connecting with the Washington Rail Road network.

“These five new grants through the Northern Border Regional Commission will help bolster efforts to improve rail, water and telecommunications infrastructure, provide workforce training, and assist small businesses across northern Vermont,” Senator Bernie Sanders said. “Along with last week’s announcement of an $8.8 million FAA grant to expand the Newport Airport, the federal government, very appropriately, is working closely with the state of Vermont and various organizations to create jobs, increase commerce and improve the economy in the Northeast Kingdom.

The NBRC was established by Congress in the 2008 Farm Bill and was recently reauthorized in the 2014 Farm Bill. The program provides funding for economic development in economically distressed counties in Vermont, New Hampshire, Maine and New York. Leahy, as the senior most member of the Senate’s Agriculture and Appropriations Committees, played a pivotal role in renewing the Commission in the 2014 Farm Bill, which was signed into law in February, as well as in increasing its appropriations by $3.5 million in the current fiscal year.