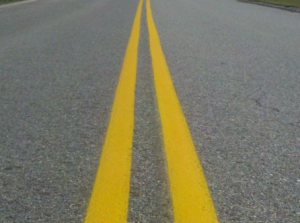 IRASBURG — On Monday morning, a dump truck overturned in the middle of Vermont Route 14 in Irasburg.

Claude Riendeau, 27, of Orleans, was operating a 1986 Auto Car dump truck with a load of dirt, when he lost control of his vehicle due to the suspension being defective.

The dump truck overturned in the middle of the southbound lane.

Riendeau was wearing his seat belt and did not sustain any injuries.

The dump truck sustained extensive damage to the driver’s side, passenger’s side, and undercarriage. It had to be removed from the roadway by Grenier’s Auto out of Charleston.

A DMV inspector along with the Irasburg Fire Department responded and assisted at the scene.

IRASBURG — A 37-year-old man from Barton is facing multiple charges following
ALBANY — A 59-year-old woman from Glover was seriously injured following a
NEWPORT — Joshua House Inc. is holding a benefit raffle to raise
WESTMORE — A teenager and three others were injured after a golf
NEWPORT — An Irasburg man was arrested today for allegedly making a
Go to Top