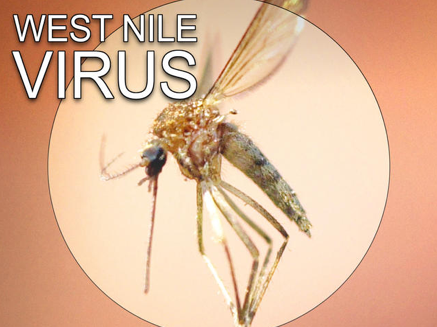 NEWPORT – On Friday, the Vermont Department of Health announced that mosquitoes in St. Albans City have tested positive for West Nile virus. The mosquitoes collected from a pool on July 29 were Culex species – the primary species responsible for spreading West Nile virus. Late summer is when the risk of human cases is highest.

“The first detection this summer is a reminder that West Nile virus is around – and Eastern Equine Encephalitis probably is too – and people should take precautions to avoid mosquito bites,” said Patsy Kelso, state epidemiologist for infectious disease.

Twenty-eight of 1,328 mosquito pools tested positive for West Nile virus in 2013. The Health Department confirmed one human case of a West Nile virus infection last year in a Lamoille County resident who recovered.

Symptoms of West Nile virus are often mild, but can include high fever. Approximately 1 percent of people who are infected develop severe illness affecting the central nervous system, such as encephalitis or meningitis, which can be fatal.

• Wear long sleeves and pants and avoid outdoor activities at dusk and dawn when mosquitoes are active.

• Reduce mosquito breeding habitats by getting rid of standing water, and by draining areas where water can pool such as rain gutters, wading pools, and old tires.

• Install or repair screens on windows and doors to keep mosquitoes out.