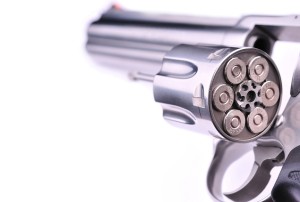 BEEBE PLAIN — Authorities are saying an anonymous caller contacted police today to report that on Wednesday, a loaded handgun was found inside a diaper bag at the Helping Hands Child Care, located in Beebe Plain.

Trooper Erika Lavallee contacted Ivy Crowe, the owner and operator of the day care, and learned that on August 6, a 17 month old female child was dropped off by her grandmother, and the grandmother reportedly had forgotten the handgun in the bag.

The 17 month old child found the gun in her own diaper bag, and brought it to the attention of day care staff members.

As a result of the incident, the day care provider notified the parents of the children enrolled at the day care of the incident, and also contacted the Vermont Department of Children and Families (DCF). Helping Hands also implemented a new policy advising that no diaper bags or backpacks are allowed in the day care, and a child’s belonging may only be stored in an assigned basket for each child.

Troopers were able to establish contact with the DCF case worker regarding the incident and to verify the report.

According to the DCF case worker who interviewed the grandmother, she placed the handgun in the bag as she was leaving the house, while she was in a hurry, and then forgot to take the gun out of the bag upon arriving at the day care.

The handgun was on safety, in a holster, and a safety lock strap was through the trigger guard to prevent it from being fired.

During the interview, the child’s grandmother was very upset at her mistake.

The Vermont State Police are reminding everyone to keep guns in a secure location, away from children.

Due to the accidental nature of this incident, and that no one was injured as a result, the state police do not anticipate criminal charges.