Nearly 300 march in solidarity with Gaza in Sherbrooke

SHERBROOKE, QC — Chanting “Isreal assassin,” and “vivre, vivre, Palistine,” as well as accusing Israel of genocide, nearly three hundred protesters took to the streets of downtown Sherbrooke on Saturday to march in solidarity with Gaza.

The large crowd started gathering on Place de la Gare, outside the Grand Times Hotel at around noon, and by 1 p.m. the group was ready to begin the walk, waving Palestinian flags, and holding up signs calling for an end to the military action in Gaza and condemning the escalating ground offensive by Israeli troops.

Many of the demonstrators wore the traditional black-and-white checkered scarfs that have come to be the symbol of the Palestinian cause. One protester had her entire face painted the green, white, black, and red of the Palestinian flag.

Despite the size of the crowd and the heavy traffic through downtown at the time, the march was orderly. Escorted by police, the protest was vocal and passionate, but remained peaceful. The demonstration received much local support, as bystanders looking on cheered the march, and cars driving by honked their horns in solidarity. 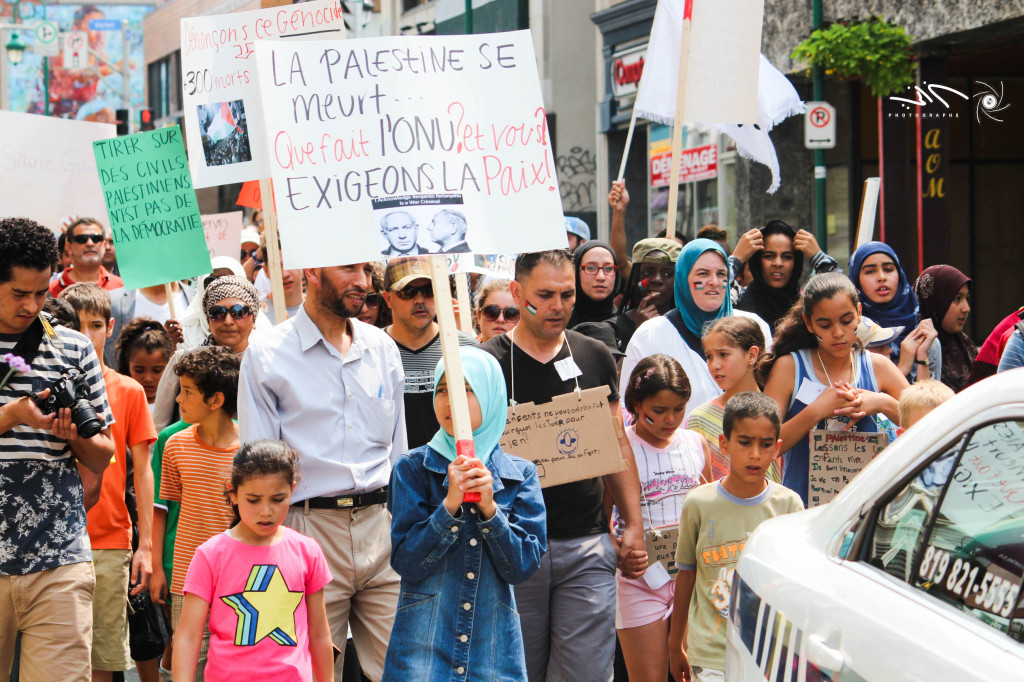 The crowd was diverse, with many families participating with young children, some even marching behind strollers.

The organizers of the protest were three young women in their twenties, who used the power of social media, Facebook in particular, to quickly mobilize the group.

“We denounce the attacks of Israel, and we will not allow our government to speak for us and say that we support Israel,” Hanna Krabchi, one of the organizers said after the march on Saturday. “We are not with them, we’re with the Palestinian people until the end,” she added.

The majority of the protesters interviewed shared Krabchi’s view that one of the main reasons for the march was to let the Canadian government know that they are not representing them when they say Canada stands with Israel.

“Me, as a Quebecois, as a Canadian, I don’t support Israel, so I don’t know who told Harper that we as a Canadian people support Israel,” a protester named Harris said afterward. “It’s a long struggle that the people of Palestine have faced, but they will have victory in the end, God willing.”

Over the weekend, the Israeli-Gaza conflict sparked protests worldwide. On Sunday, UN Secretary-General Ban Ki-moon called the shelling of Gaza by the Israelis an “atrocious action,” and called for an immediate end to the fighting.

By Monday, the two-week old conflict has seen over 500 Palestinian casualties, nearly 100 of which were children.

The march led protesters in a loop through the city, ending back where they started from. In total, the demonstration lasted close to two hours, with many of the protesters facing the heat of the day while taking part in the 18 hour fasts that have been taking place during the month of Ramadan, where Muslims do not eat or drink anything from dawn until sunset. 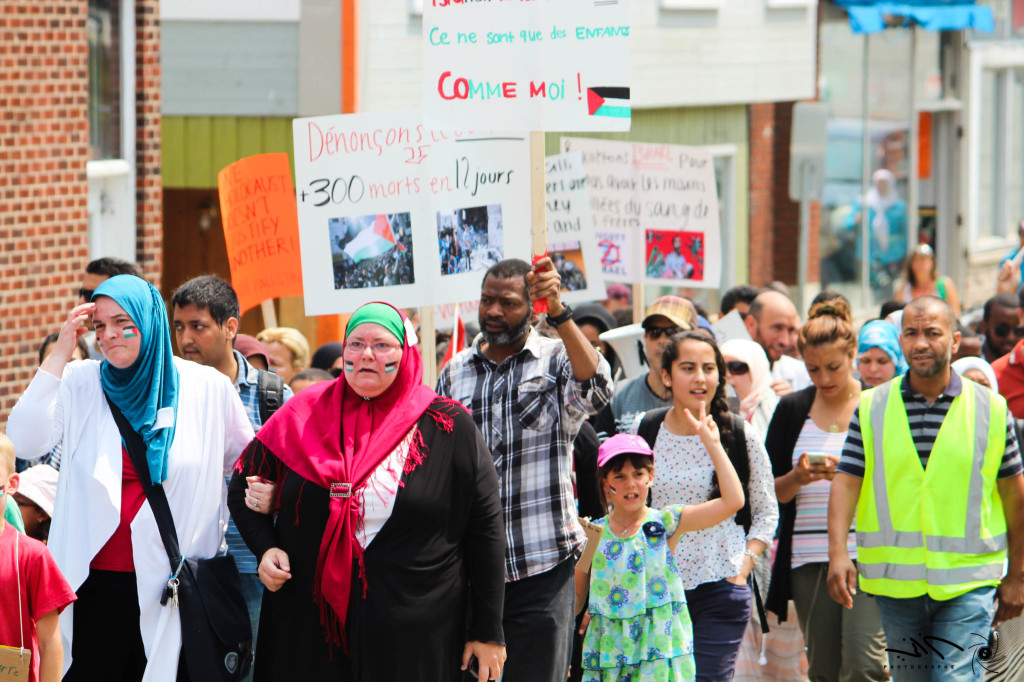