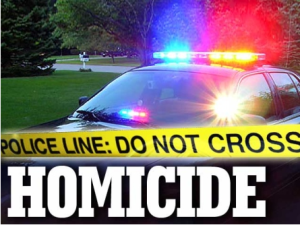 NEWPORT — The results of the preliminary autopsy by the Vermont Office of the Chief Medical Examiner were released on Monday. The autopsy indicates that Isaac Hunt, died as a result of a incised wound to the leg.

The death has been ruled a homicide. Detectives will continue the investigation into the July 5 incident at 123 Lake Road in Newport.

Detectives have so far learned that Hunt and his girlfriend, Kayla McCullough, age 25 of Charleston, went to the residence on Lake Road in Newport as a result of an on-going dispute with Christian Cornelius, age 31, and Garrett Cornelius, age 24, both of Newport.

Upon arrival a physical altercation ensued. It was learned that during the confrontation Christian Cornelius wounded Hunt in the leg with a knife.

The Vermont State Police continue to work with the Newport Police Department on the death investigation, which will be reviewed by the Orleans County State’s Attorney’s Office.

No other information is available at this time pending further investigation, completion of the final autopsy report, and review by the Orleans County State’s Attorney.

NEWPORT — Catamount Arts recently announced its latest community-generated endeavor, a cookbook
ST. JOHNSBURY — A 61-year-old man from East Burke was killed following
NEWPORT –A small nonprofit based out of Newport that works with local
NEWPORT — Soldiers from 1-172 CAV and 172nd Public Affairs Detachment of
LOWELL — Police are investigating after a car was struck by a
Go to Top