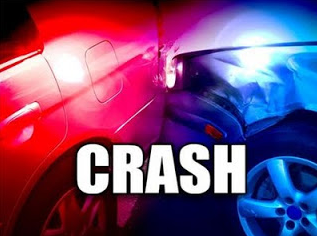 DERBY — Two vehicles sustained damage and had to be towed from the scene of an accident on U.S. Route 5 in Derby this afternoon.

Natasha Tynio, 21, of West Charleston, was driving a 2008 Chevrolet Trailblazer while exiting the parking lot of Shaw’s supermarket located off Route 5.

According to police, Susan Johns, of Newport, was driving a 2007 Suzuki SX4 south on Route 5 when her right turn signal accidentally activated.

Tynio failed to yield right-of-way to Johns when entering the intersection, attempting to make a left hand turn.

The collision occurred in the southbound lane of U.S. Route 5.

Both vehicles were towed from the scene by Ray’s Auto out of Newport.

Both Tynio and Johns were wearing their seatbelts and sustained non-life-threatening injuries.

DERBY — Police are investigating a series of vandalism incidents that took
DERBY — Each of the three Fred’s Energy offices collected toys again
DERBY — Salem Lakes Association, in partnership with the town of Derby,
DERBY — Police say a 33-year-old man is facing charges following an
HOLLAND — The Drift Dusters Snowmobile Club, in cooperation with US Border
Go to Top