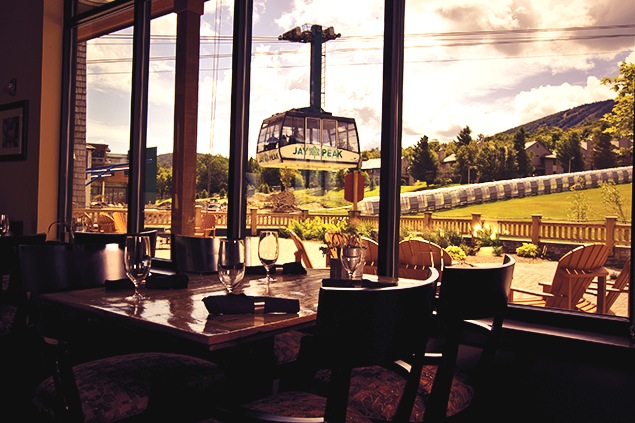 The classes also focused on Vermont’s food culture, which is centered around locally sourced and seasonal foods, often made from scratch. In the classroom, the cooks worked with New England Culinary (NECI) instructors on the theories behind cooking, and developing a strong sense of professionalism for themselves and their craft.

With over thirty years experience preparing professionals for the food service industry, NECI has built a reputation for producing cooks, bakers, and managers. However, many industry veterans have never received formal training at a culinary school, choosing to learn on the job instead. So instructors at NECI have decided to take their courses on the road.

“Over the years we have run training programs at Middlebury College, Harvard University, Boston College, and several other institutions with large-scale food production,” Lyndon Virkler, Dean of Education at NECI, said. “While we have entry-level cooks, many times the industry workers we train have years of experience, but not all of the foundational skills they need to be successful. The goal for each of these students is to take them to the next level of culinary knowledge and their careers.”

The culinary school plans to continue this type of training here in Vermont, including a trip to Rutland where NECI chef instructors will work with the staff from several local establishments and the Rutland Regional Medical Center. The training will take place at the Stafford Technical Center for eight weeks beginning July 8, covering much of the same fundamentals training the staff from Jay Peak received.

“Unlike Jay Peak, where staff came here for an intense five day training, this will be similar to an internship where staff spend one day each week in class, use that knowledge in their workplace, and return the following week,” said Virkler.

NECI is also developing a curriculum for staff in the front-of-house positions such as managers, servers and bartenders.

“Good service and consistency is important in both the kitchen and the dining room. When one is lacking, the other suffers.”