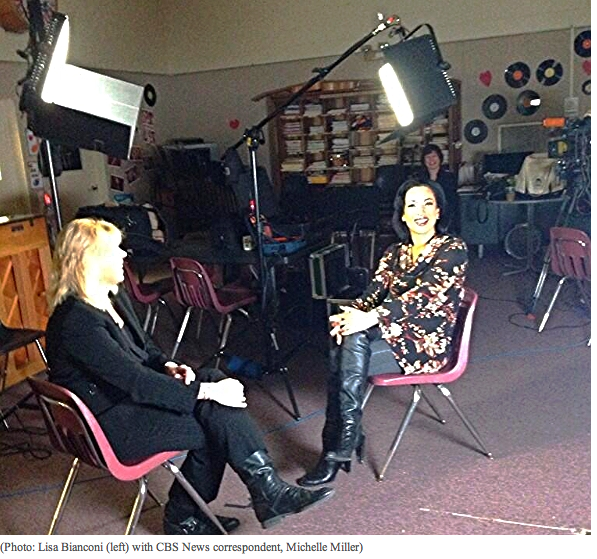 Bianconi was featured on Monday night’s CBS Evening News. After viewing her story on WCAX in Burlington, CBS News producer Alex Romano contacted Hattin earlier this month and requested a visit to the school and an interview with Bianconi. CBS correspondent Michelle Miller made the trip from New York to Hattin’s campus in Westminster last week and sat down with Bianconi and several of her students to find out what makes her so special.

“When I first came here, I had an attitude,” 12-year-old Ethiopian orphan Emebet Stott told Miller during the interview. “Ms. Bianconi talked to me. She felt like the mother I never had.”

Bianconi, a 30 year employee of Kurn Hattin Homes, says she is grateful for the attention her story has brought to the school, a non-profit which relies on private philanthropic donations to support its operations. Last year, the school launched an official campaign to raise public awareness and understanding of Kurn Hattin and its mission.

“Kurn Hattin has been here for 120 years,” said Bianconi. “There’s a surprising number of people who either don’t know about us or have the wrong idea about what we do.”

Immediately following the CBS airing, Kurn Hattin’s website saw a marked increase in traffic, including a number of online donations.

Although another educator, Kent Knappenberger of Westfield, NY, was ultimately named the Grammy recipient, Bianconi has said she already feels like a winner. In a recent interview on New England Cable News, she said, “If I can make even one child’s life better through the work that I do, that’s as good as a Grammy.”

Bianconi’s students can certainly vouch for that. As Emebet Stott told CBS, “There will never be something big enough for what she does, even a Grammy. She’s bigger than that.”

Established in 1894, Kurn Hattin Homes for Children in Westminster, Vermont is a charitable, year-round home and school for boys and girls, ages 6-15, who are affected by tragedy and social or economic hardship. Kurn Hattin Homes transforms the lives of children and their families forever. You can visit them online at www.kurnhattin.org