How about a quick show of hands. All those in favor of keeping Lake Memphremagog free from the possibility that it becomes contaminated by an especially nasty type of oil, that if leaked into the system would not just sit on top of the water like most oil, at least making it possible to clean up, but a particular oil that would actually sink to the bottom, making it impossible to clean up. Raise you hand if you want to make sure this never happens.

I’m sure everyone has their hand raised.

Now ask yourself, was this little “vote” we just took a political issue? Did you say “no, I don’t want to see Lake Memphremagog possibly contaminated by this type of oil because I am a democrat.”

Again, I’m assuming all of you would say no. I think everyone would agree that it is an environmental issue, and for more human reasons than politics, you want to protect Lake Memphremagog.

But I’m wrong. Not everyone feels this way. It seems the alderman at the city council’s meeting on Monday night in Newport see it only as a political issue.

When asked by a representative of the Sierra Club if a resolution opposing running tar sands oil through a Vermont pipeline would be placed on the Town Meeting ballot should enough signatures be gathered, the alderman were firm in their belief that it was a political issue. Translation – no.

“For many years we strongly felt we should not put anything politicized on the ballot. We do not like to get involved with Democrat policies or Republican policies,” Richard Baraw said.

When asked if it was a political issue, City Manager John Ward said it was. “Very much so,” he added.

Mr. Ward went on to say of the Sierra Club, “I don’t think we should have anything to do with it. It’s just one more fancy lobbying group that’s come in and tried to tell us how to live.”

Well I say to Mr. Ward, right now, on record, “Easy there, pilgrim.”

Calling the Sierra club, who is trying to protect Lake Memphremagog a “fancy lobbying group,” and trying to block Newport voters the right to oppose the tar sands oil from coming anywhere near this great lake, is actually telling us “how to live.”

Ward went on to say that the council is more concerned with “business that directly affects the city.”

Hmmm? So I guess that putting the lake in danger of turning black with toxic oil would be good for business at the new hotel that is in the works, or any business in the area for that matter.

The thing that makes me most angry, is that it was just a matter of bullying on their part. The council does not have the backbone to take a stance. They bullied the Sierra Club representative, and a few people in the audience who are willing to work to get the signatures so that the people of Newport can vote on the issue, but they would not say directly if the signatures were collected, they would not put it on the ballot. This is because they know it would be an unpopular decision, and it would make them look really bad.

“The alderman declined to be pinned down,” as Joseph Gresser so eloquently put it in his article.

Translation – they would not say no, because they would not be willing to take the heat of having to actually stand up for their so-called belief that it is a political issue. They would rather bully people to discourage them from actually going out and getting the signatures. Why would they do this? 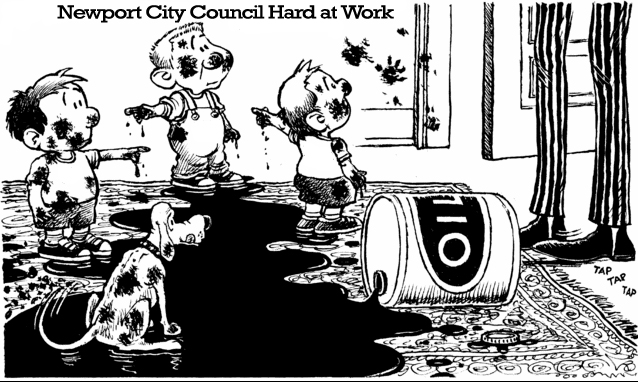 Look, I don’t know much about Mr. Ward. He has a nice beard, I’ll give him that. But, the way he behaved on Monday is unacceptable.

Mayor Paul Monette said that he has consulted with the city’s attorney and was told that their position is legal, that what appears on the ballot will remain with the council, regardless of how many signatures are collected to put the article on the ballot.

I say we call him on his bluff. All that is needed is 250 signatures. That should be easy to get. I’m assuming that 24 hours from now, 500 people will have already read this article, if not more. All of them raised their hands after reading the first paragraph Mr. Mayor.

29 Vermont towns overwhelmingly passed resolutions that oppose moving tar sands oil through the state. Why would the council not allow Newport the same opportunity?

Stay tuned, Newport Dispatch is going to work to get those 250 signatures. 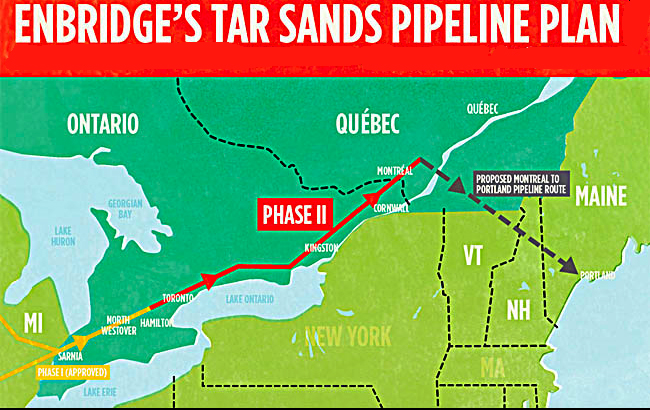