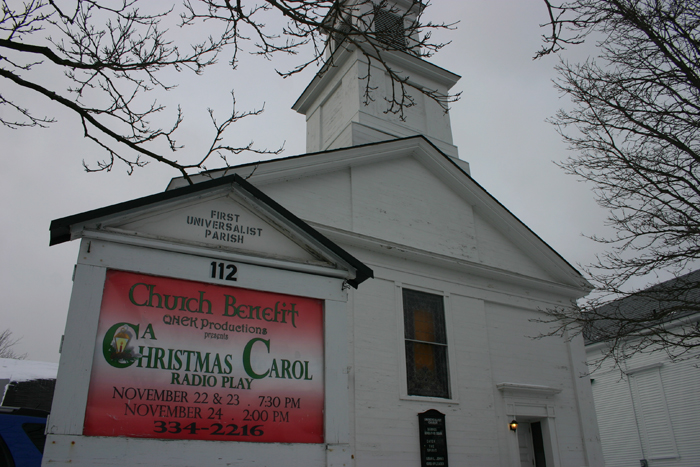 Dickens’s “A Christmas Carol,” has captured the imagination, as well as the spirit of Christmas since its release in 1843. The name “Scrooge,” and the exclamation, “Bah! Humbug!” have entered the English language through the story.

It is a tale of overcoming the shallowness of our greedy attitudes, with the kind, thoughtful, and generous sides of our character that make our lives, and those around us, more enjoyable. Scrooge has the opportunity to change his ways, only because he is made aware of the consequences of his actions. The Christmas season itself is supposed to be the time of year when the spirit of good, spotlights our shortcomings throughout the year. It is a classic tale, and one that has been done many different ways.

“A Christmas Carol has been arranged and produced in a few different formats, from something right off the page, to something of a more goofy spectrum,” Phil Gosselin, Associate Producing Director of QNEK said before Sunday’s show. “This production is somewhere in between, with the dialogue being Dickensian, right off the book, but done in a radio play style.” 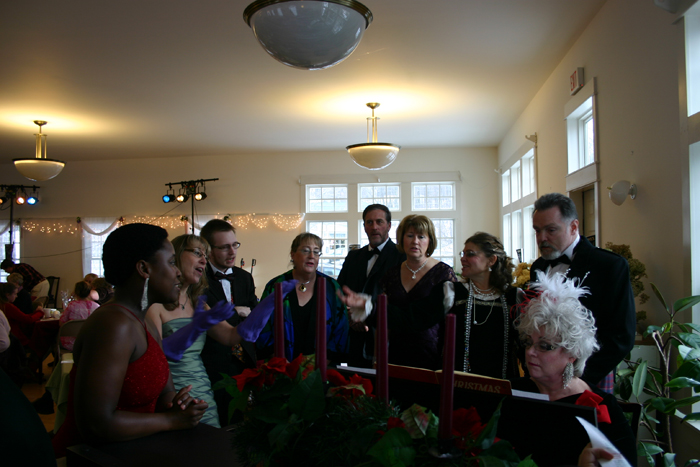 The QNEK cast of 18, which included sound effects and technicians, as well as the voice actors, put on a show Sunday afternoon that was much more than just a radio play. The hall was decorated with wreaths, and the tables were stocked with candy canes. As the audience arrived for the performance, members of the cast were circled around a piano singing Christmas carols. It was a perfect Christmas scene for “A Christmas Carol.”

Throughout the show, the actors used their voices to perfectly portray the action and suspense of the story. The radio play style naturally has a way to draw an audience inside the story, and the live sound effects made for an even more memorable experience. There was even a bit of comedy thrown in, thanks in part to the playfulness between the cast members themselves.

“It’s a story about rich and the poor, good and bad,” Josh Rediker, who played Bucky Maxwell, said after the show. “As a character, Scrooge changes because people gave him a chance, which warms his heart. It’s a great story for the Christmas season, and I loved working with all the people here. They’re fantastic.” 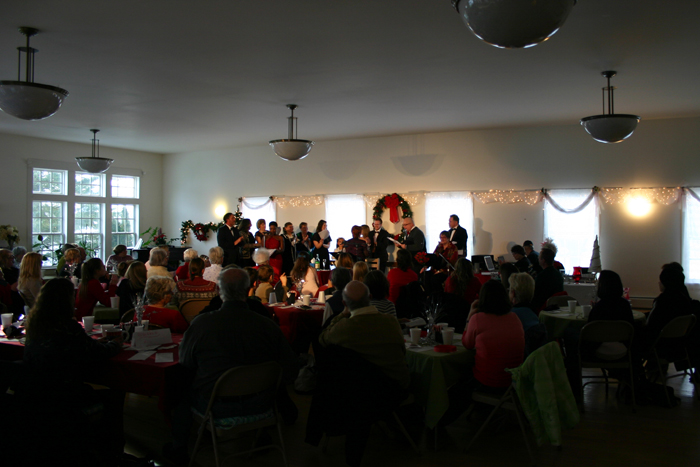 “The performance changes all the time,” Brian McCrae, who has been with QNEK for four years, said. “Every night there is something different, and that’s what makes live theater great. You never know what’s going to happen.

Sunday afternoon, QNEK did a superb job of recreating the traditional radio play style of old. Although we have yet to have finished the Thanksgiving dinner that officially starts the holiday season, QNEK’s performance of A Christmas Carol left those who attended any of the shows over the weekend feeling that not only is Christmas just around the corner, but perhaps the days leading up to the actual holiday are more important than the day itself.

If you missed the shows in Derby Line, QNEK will present “A Christmas Carol Radio Play” on December 13, at 7:30 p.m. at the MAC Center in Newport. Visit them on the web at QNEK.com, and, for a short video of the cast warming up the audience on Sunday, visit DISPATCH TV. 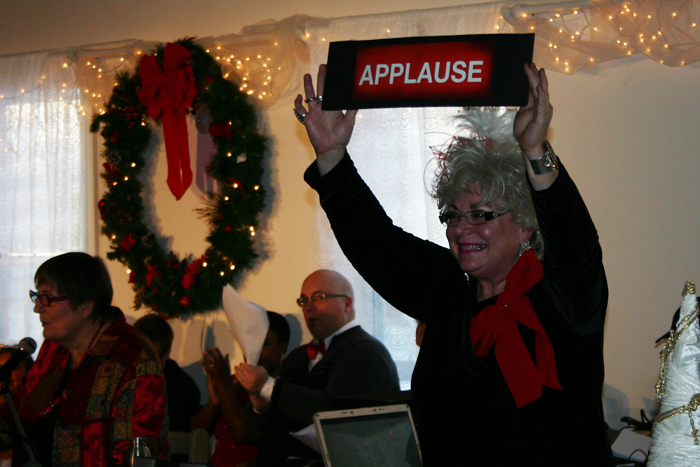