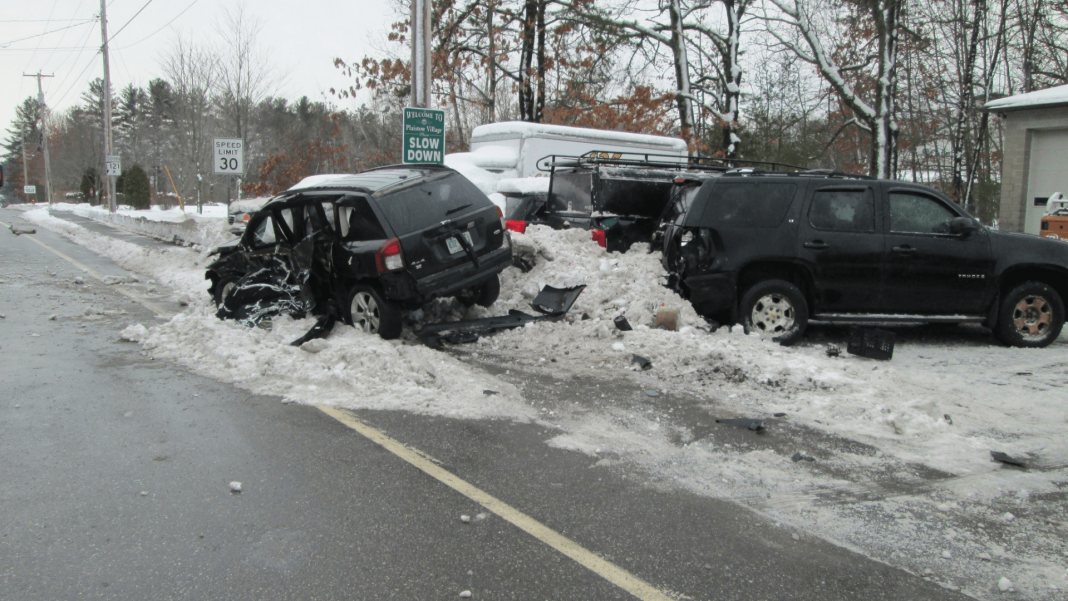 PLAISTOW — A man was arrested following a bizarre incident in Plaistow this morning.

Authorities were notified of a three-vehicle crash with injury in the area of the Plaistow Road and Main Street intersection at around 8:55 a.m.

Police say they found multiple vehicles with heavy damage when they arrived.

Police were directed by witnesses that the driver of a Black Jeep Compass had caused the crash and fled on foot down Main Street.

Within minutes officers were able to locate the driver, running behind Main Street homes wearing no clothes and coated in his own blood.

The driver was identified as Timothy Orourke, of Danville, NH.

Orourke was charged with the following and is expected to be arraigned in court on February 6.

He is facing charges of DWI, resisting arrest, and indecent exposure.

No serious injuries were reported.