Car carrier crash on I-89 in Warner 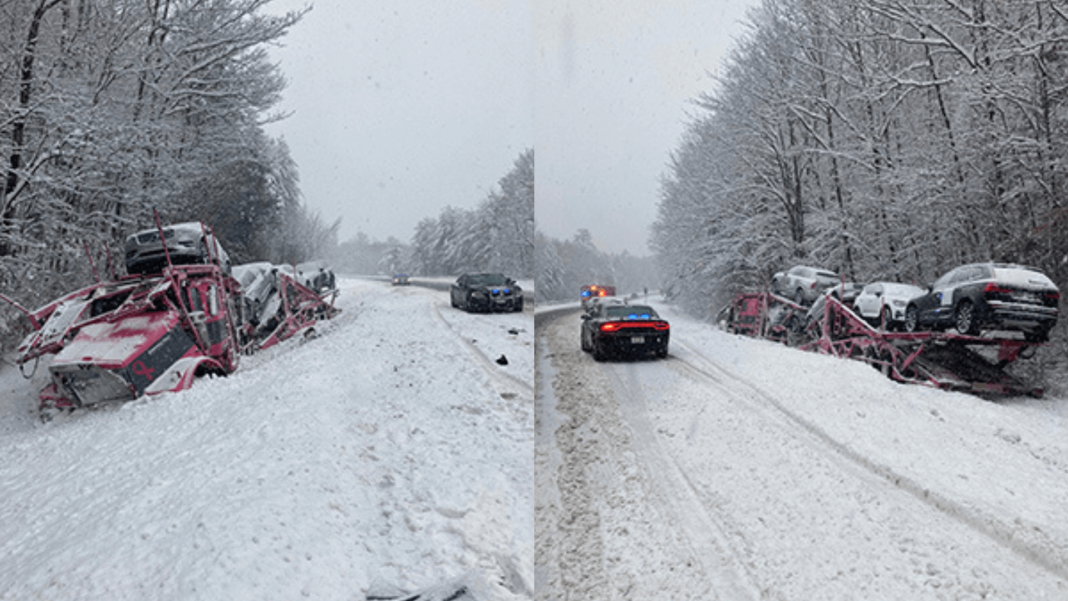 WARNER — A 62-year-old man from Connecticut was involved in a crash in Warner on Monday.

Authorities were notified that a commercial motor vehicle carrier had gone off the road on I-89 south at around 10:30 a.m.

Police say they arrived on the scene to find a fully loaded car carrier off the road to the right-hand side.

One of the vehicles that was loaded on top of the car carrier became dislodged and rolled off and onto the truck.

The driver was identified as Alex Ferguson, of Stamford, CT.

He was transported to Concord hospital for what are believed to be minor injuries.

The right lane was shut down for several hours as Patten’s heavy-duty wrecker service worked on removing the truck.