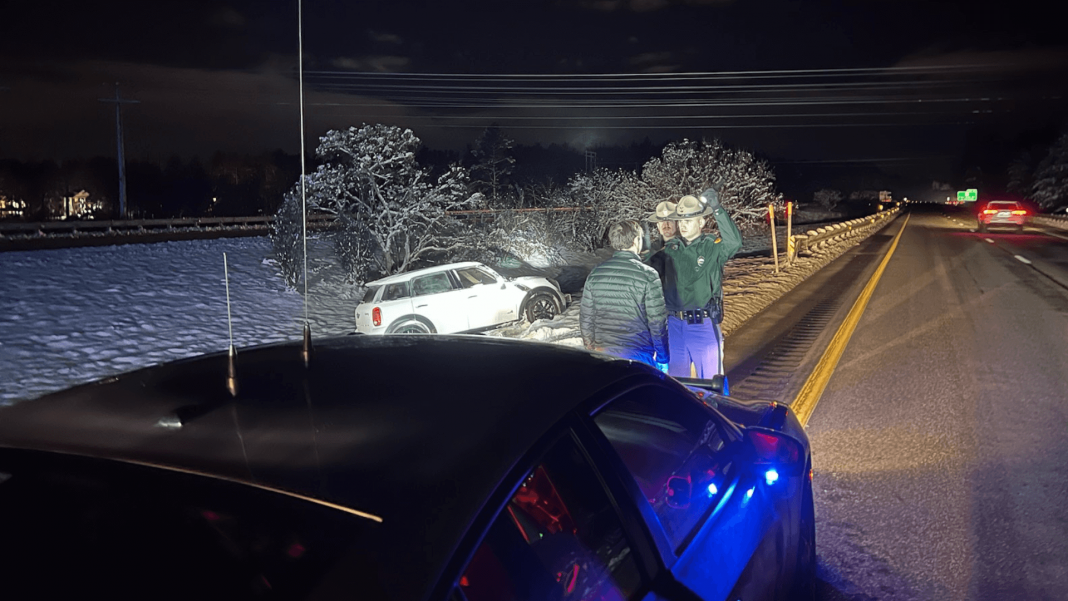 CONCORD — A 23-year-old man from Massachusetts was arrested for DWI after driving the wrong way in Concord on Saturday.

Authorities were notified of a vehicle traveling eastbound in the westbound lanes of I-393 at around 9:00 p.m.

Police say they located the vehicle in the median, between exits 2 and 3.

After making contact with the driver, identified as Hunter Dusio, of Somerset, MA, police say they observed indicators of impairment.

He was arrested and charged with aggravated driving while under the influence, reckless conduct, and reckless operation.

He was transported to the Troop D barracks, where he was later bailed and released on his own personal recognizance.

He was ordered to appear in court at a later date.