Car crashes into home in Jericho 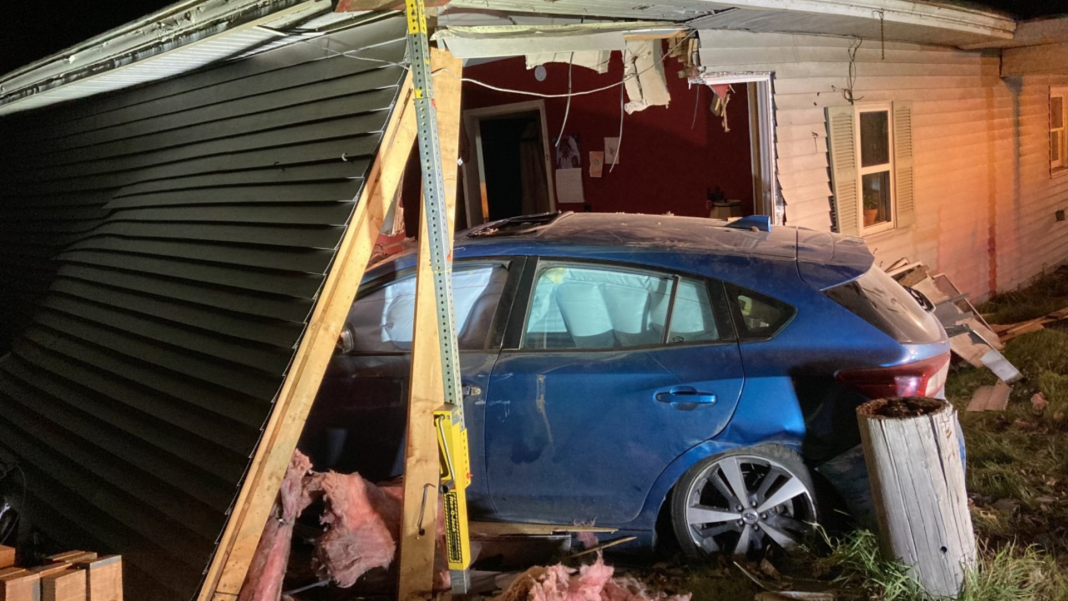 JERICHO — Police responded to a two-vehicle crash with injuries in Jericho early this morning.

The crash involved a passenger car driving into a house on River Road at the intersection of Route 15, at around 3:45 a.m.

The vehicle was seen lodged inside the building.

The driver was identified as Gregory Bachison, 35, of Underhill.

Following a preliminary investigation, police say that the driver had hit a light pole along with a street sign prior to crashing into the building.

Bachison was evaluated by Underhill Fire Department and Rescue and ultimately transported to UVM Medical Center for injuries sustained from the crash.

Anyone who may have witnessed this is asked to contact Trooper Omar Bulle at 802-878-7111.