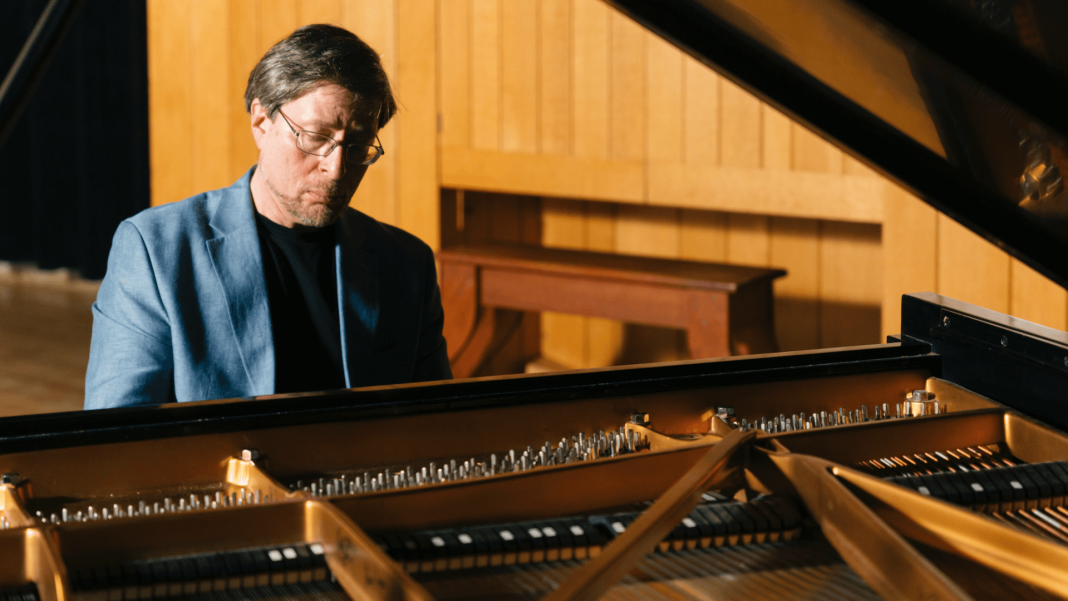 WESTMORE — In May of this year, composer-pianist David Feurzeig embarked on his Play Every Town Tour. The goal is to play 252 free concerts in each of Vermont’s 252 towns to combat climate change through the power of community and music.

With this project, Feurzeig will become the first musician to perform in every Vermont municipality.

The Westmore concert will be held on Sunday, August 28, at 4 p.m. at the Westmore Community Church, located at 27 Hinton Hill Road.

Feurzeig is traveling in his solar-charged electric vehicle throughout the stat concerts to bring attention to the issues of climate and community while bringing the joy of music.

“I want to support Vermont’s local communities with live performance in village centers and downtowns, and fulfill the University of Vermont’s mission to serve as a resource for the whole state,” Feurzeig said.

Concert number 11 will include Westmore violinist Peter Miller, who will join Feurzeig for a sonata by Corelli.

Like every performance on the tour, this one will include its own unique Scarlatti keyboard sonata: Sonata no. 11 for this eleventh concert in the project.

Other solo piano works, including Feurzeig’s “Double Suite,” interweaving Bach’s Partita no. 1 with ragtime and other American vernacular dance pieces, will round out the program.

Feurzeig specializes in genre-defying recitals that bring together music of an astonishing variety of musical styles, from ancient and classical to jazz, avant-garde, and popular traditions.

These striking juxtapositions, peppered with informative and humorous commentary, create eye- and ear-opening programs that will change how listeners hear all kinds of music.

“Classical music culture puts the great composers on an almost religious pedestal,” he said. “Once this was an indication of the audience’s love and respect, but it distances people from the music. It turns away new listeners, who feel like they’re in a stuffy museum instead of a live concert. Sure, the music can be serious, but there’s no reason anyone should feel intimidated. And if I don’t get a laugh from the audience in the first two minutes, I get worried.”