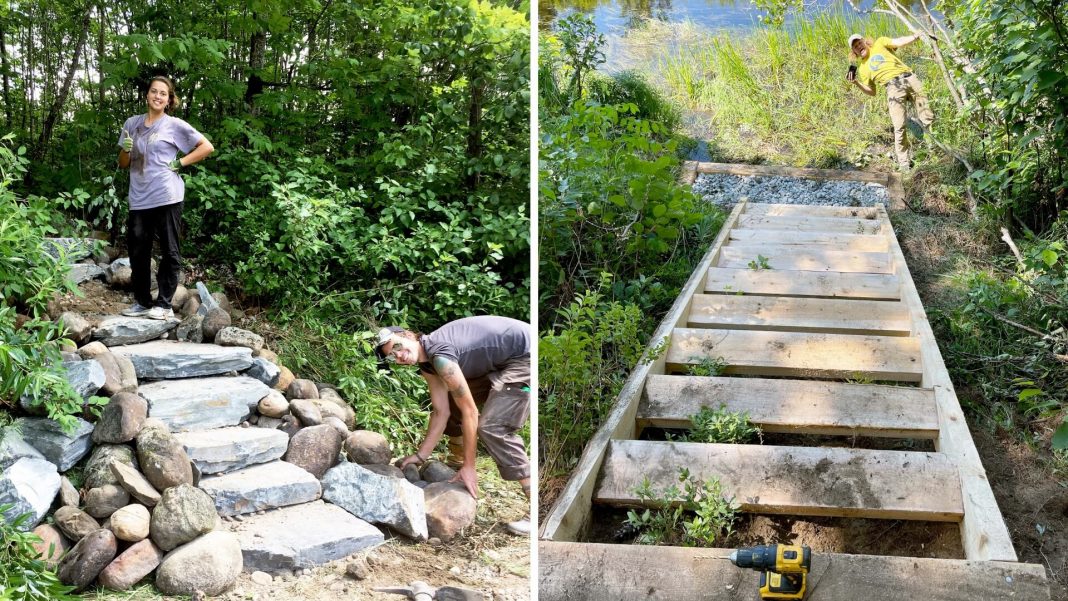 BRIGHTON — Campsites along the Nulhegan River got a makeover this summer thanks to the Northern Forest Canoe Trail’s professional stewardship crew and a team of volunteers.

The work included reconstructing stone steps at a campsite near its confluence with the Connecticut River and developing a new campsite near the river’s headwaters in Brighton.

The first phase of the stewardship work included the revitalization of a campsite with stone staircases that had been in disrepair.

The crew rebuilt them to a higher standard to withstand flooding and ice.

The second project involved establishing a new campsite at the river’s headwaters.

This work was performed in collaboration with a private landowner interested in helping paddlers along in their journey.

“It’s a beautiful spot under a stand of towering white pines, on an elevated terrace,” Pollock said. “The Nulhegan has a lot of marshes and wetlands, and to have a landowner with property suitable for a dry, primitive campsite is great for us.”

The NFCT now manages three campsites and two portages on the Nulhegan.

“We’re grateful to the volunteers who came out and helped make these projects happen, and the private landowners who have graciously opened their land to the public,” Pollock added.

The NFCT’s stewardship team, which consists of two professional staff members and three interns, received support from several local volunteers for this work, which was funded in part by a state recreation facilities grant.