VSP trooper assigned to the St. Albans Barracks charged with lying to police 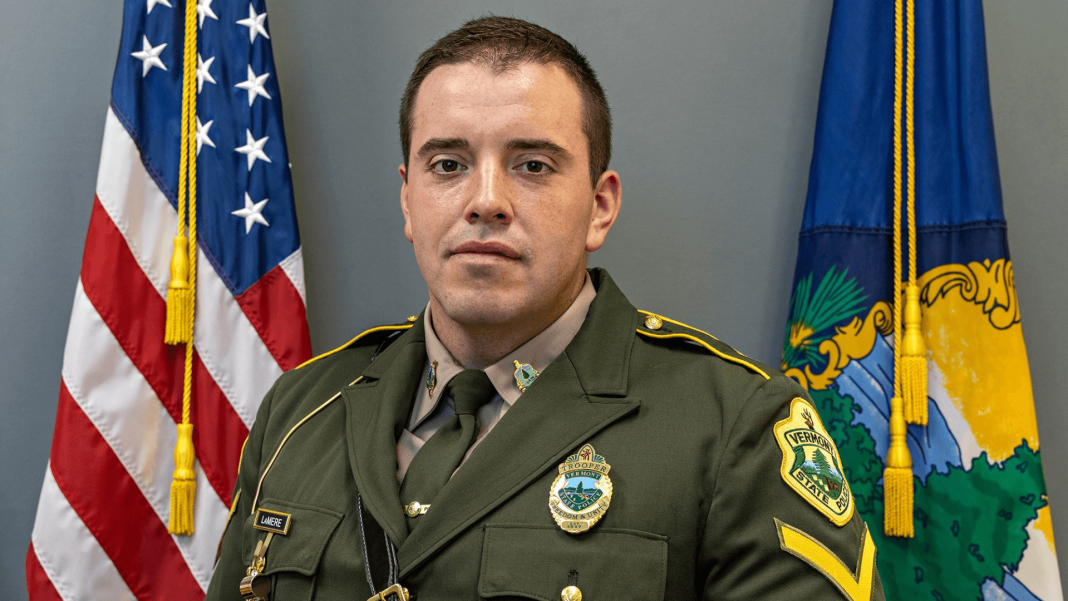 ST. ALBANS — A Vermont state trooper from Essex will face charges of negligent operation and lying to law enforcement.

Following an investigation that began after a traffic stop early May 8, 2022, in the town of Essex, the Vermont State Police on Wednesday issued a citation to Dylan LaMere, 30, of Essex on charges of negligent operation and false reports to law enforcement authorities.

LaMere is a trooper with the Vermont State Police assigned to the St. Albans Barracks.

The incident occurred at about 3:10 a.m. on May 8 on Susie Wilson Bypass.

Essex Police Officer Justin Lindor observed a 2020 Jeep swerving in its lane and crossing the double yellow line to the left and the white fog line to the right.

Lindor stopped the vehicle and subsequently identified the operator as LaMere.

LaMere was driving his private vehicle and was not on duty for the state police at the time of the stop.

According to the VSP investigation, LaMere identified himself as a state trooper and said he was distracted by an email on his cellphone dispatching him to investigate a fatal crash.

LaMere was allowed to leave the traffic stop, but subsequent investigation by Essex police determined there were no fatal crashes, and LaMere had not been called out.

Essex police subsequently reported the incident to Vermont State Police commanders, and a VSP investigation was initiated on May 9, 2022.

He was placed on paid relief-from-duty status, and an investigator from outside the area was assigned to the case.

LaMere has been a trooper since January 2019 and has worked at the St. Albans Barracks since his graduation from the Vermont Police Academy in July 2019.

On Wednesday, troopers issued LaMere a citation via his attorney.

LaMere is due to appear for arraignment at 8:30 a.m. Tuesday, July 19, in the Criminal Division of Vermont Superior Court in Burlington.