Police rescue raven that was hit by car in Castleton 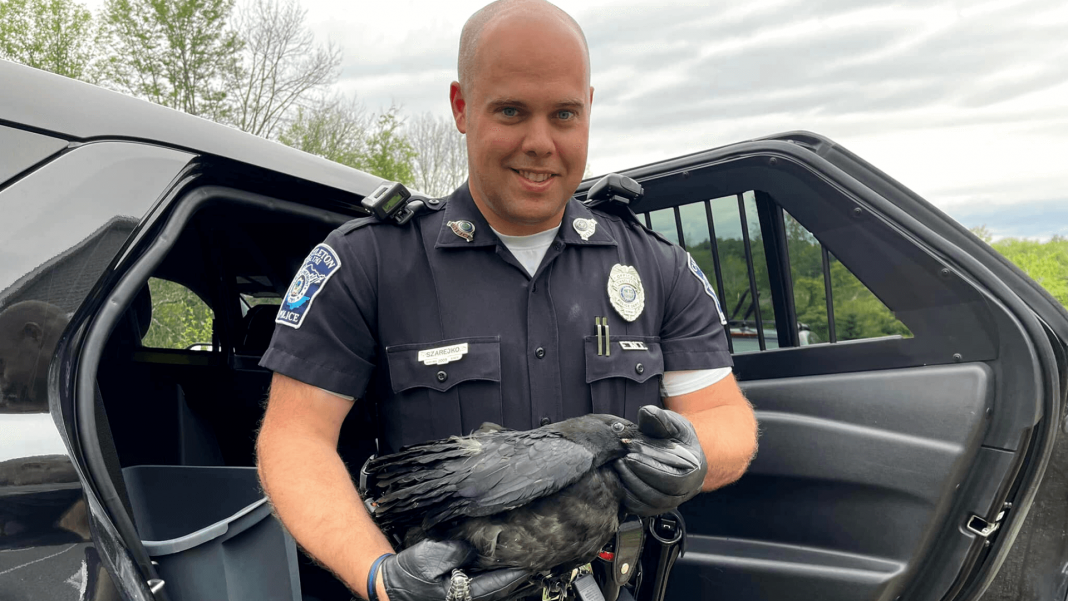 CASTLETON — Police rescued a raven that was struck by a car in Poultney yesterday.

Authorities say they were notified of a motor vehicle crash where a “large bird” was reported as still inside the vehicle.

After a brief struggle and a short foot pursuit down the US Route 4 off-ramp, the raven was transported to Wild on Blissville, a local rehabber.

“He did get a little rowdy so he had to ride in the back of the cruiser, but is in good hands now,” the Castleton Police Department said in a statement.

The department also wanted to thank Cheri from Wild on Blissville for taking such good care of injured animals in the area.