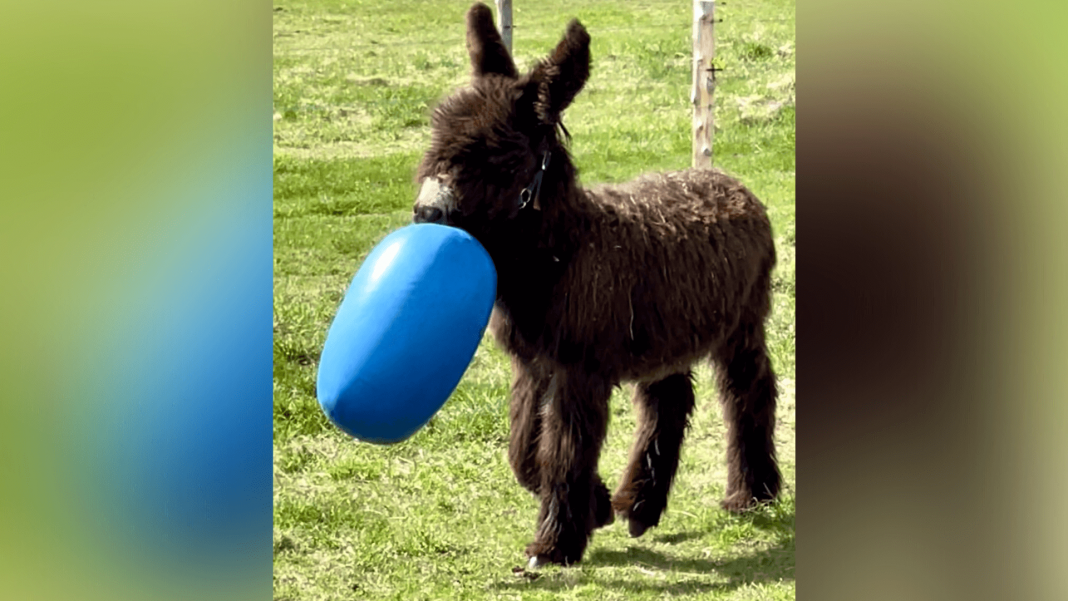 BROWNINGTON — A rare Beaudon du Poiteau donkey named Hamilton who lives in Brownington is about to celebrate his first birthday, and the public is invited to stop in to say hello.

Hamilton was born and lives at Arnold’s Rescue Center at 2351 Hinman Settler Road, where his shaggy, dreadlock coat, characteristic of the breed, is perfectly suited to the northern Vermont climate.

His birthday celebration will take place on Saturday, July 9.

Hamilton will have a special cake, strawberry shortcake for humans will be served as part of a strawberry festival.

There will be face painting for children, pin the tail on the donkey, and a drawing for a stuffed donkey toy.

There is no admission charge, but organizers say donations are welcome.

Hamilton’s birth is an encouraging sign for the critically endangered species, with his birth a year ago adding one more to about 500 Poiteau donkeys in the world.

Hamilton’s mother, Quiche, lives at the Center as well, and his father, Joly Coure contributed his genetic material some 25 years ago.

Hamilton was conceived in July of 2020 at the University of Illinois Veterinary Hospital.

Hamilton is one of a dozen Beadon du Poiteau donkeys at Arnold’s Rescue Center, which is also home to about 20 other farm animals surrendered by owners who could not care for them, and animals involved in legal intervention.

Hamilton’s favorite pastime is playing with large rubber exercise balls, pushing and throwing them around his field.

Even when he accidentally deflates them, he carries them as he meanders around.

Those who would like to bring Hamilton a gift can purchase gift cards at Tractor Supply, Agway, or Chewy to help Arnold’s Rescue provide him with feed and supplies as he grows.