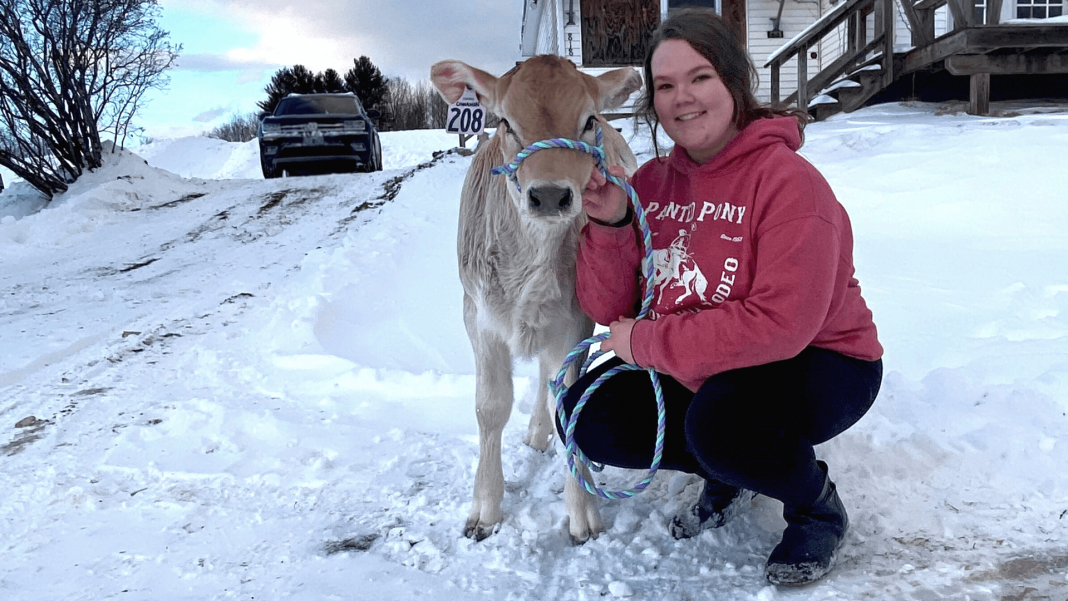 GLOVER — Kaitlyn Brown of Glover received a Land Stewards Award presented by the Vermont Land Trust, along with a check for $300.

“We are proud to announce eight winners of this year’s Land Stewards Award, and we congratulate Kaitlyn,” said Nick Richardson, President & CEO of the Vermont Land Trust. “Her commitment to Vermont and our working lands inspire confidence in our future.”

According to Animal Systems Science Instructor, Emily Dehoff, Kaitlyn’s genuine love of animals is readily apparent by the way she describes her “babies,” the Brown Swiss cattle herd she owns.

Kaitlyn spends a lot of early mornings and late nights with her herd in Derby and working for Andersonville Farm in Glover.

“I love walking outside and seeing the cows peacefully grazing when I am doing my work in the pastures,” said Kaitlyn.

She has won multiple awards, including Grand Champion and Supreme Champion, for cattle exhibitions at the Barton Fair.

As a student at North Country Career Center, she’s just as dedicated.

“Not many people find their passion early in life, but listening to Kaitlyn talk about dairy cattle, you’re certain she’s found hers,” said Dehoff.

Since 2005, the Vermont Land Trust has recognized outstanding high-school students who are dedicated to agriculture and forestry.

Juniors and seniors enrolled in agricultural, food, and natural resource programs in Vermont schools are nominated by their teachers.

Seven other students across the state also received awards.