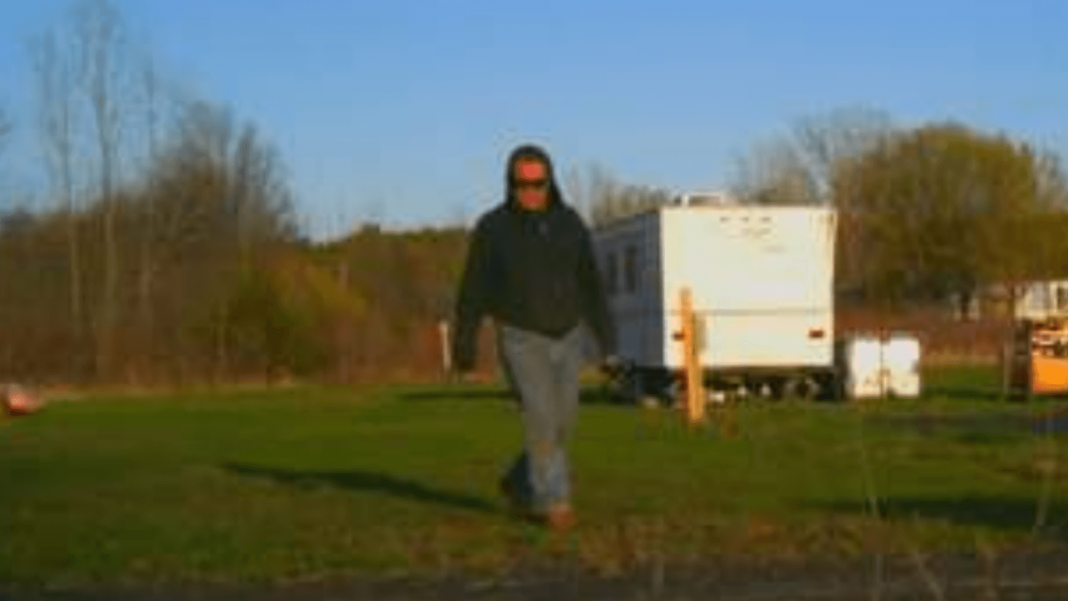 Authorities were notified by Michael Burnham, 55, of Isle La Motte, that there was a man that removed a posted sign from his property on New Road at around 12:25 p.m.

Police say the posted signs were then piled up in a fire pit located on the property.

Police today released a photo of the suspect from a surveillance camera.