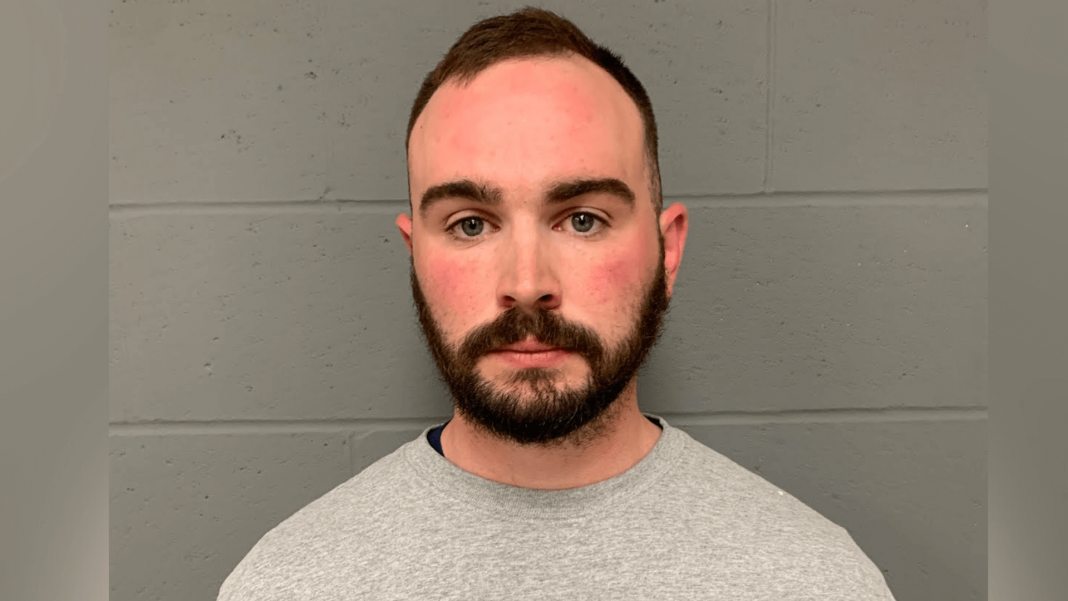 SPRINGFIELD — A 31-year-old former police officer from Weathersfield was cited following an incident that took place in Springfield last year.

Zachary Gauthier was cited Tuesday morning on suspicion of animal cruelty and perjury.

According to the affidavit of probable cause, in December 2021, Gauthier punched his family’s dog and broke a knuckle on his hand in doing so.

While under oath during a February 2022 court hearing in an unrelated proceeding involving a relief-from-abuse order being sought against him, Gauthier subsequently lied about how he suffered the injury to his hand.

Investigators also determined he lied while under oath about the presence of alcohol in a vehicle that he was operating that crashed in October of 2021.

Additionally, the Springfield Police Department on Tuesday cited Gauthier on a charge of violating an abuse prevention order.

Following a consultation by State police with the Washington County State’s Attorney’s Office, Gauthier was cited to appear in court today in White River Junction.

The case was handled by a detective sergeant assigned to headquarters and in conjunction with the Washington County State’s Attorney’s Office to ensure investigators were from outside the area where Gauthier was assigned.

Gauthier had been assigned as a detective trooper at the Westminster Barracks.

He was placed on paid relief from duty earlier this year and resigned last week.