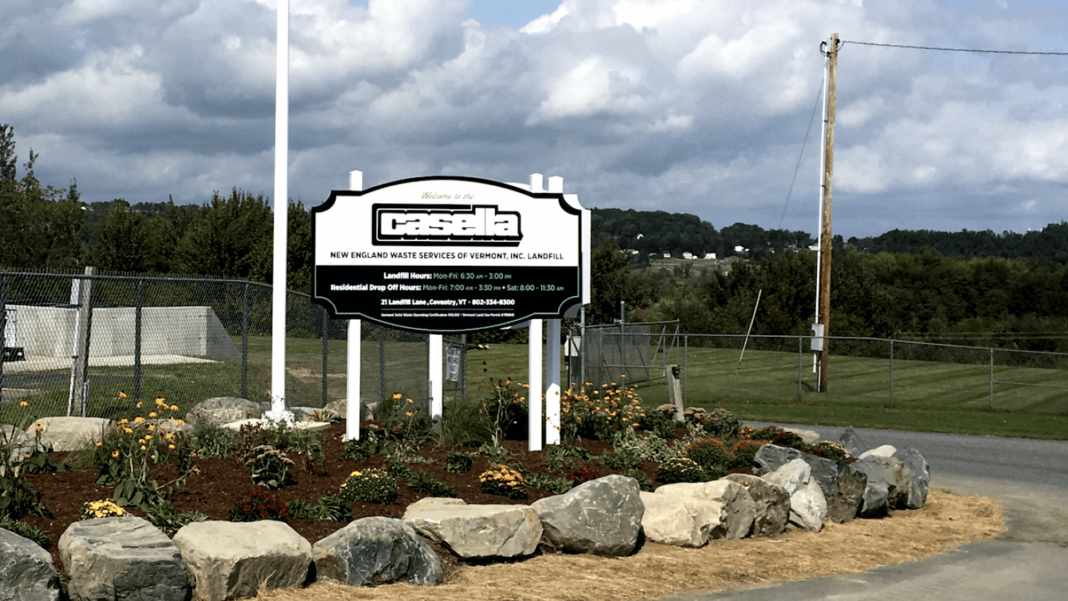 NEWPORT — A local grassroots organization committed to the protection of water quality in the basin of Lake Memphremagog, filed a petition on April 8 for a declaratory ruling with the Secretary of the Vermont Agency of Natural Resources.

The petition, filed by “Don’t Undermine Memphremagog’s Purity” (DUMP), requests that the Agency require a discharge permit under Federal and Vermont environmental laws for polluted flows from an underdrain system beneath the Phase 3 lined cells of the New England Waste Service VT landfill in Coventry.

The group says estimates for the daily flow from the underdrain range from 5,000 to 10,000 gallons and include levels of arsenic, cadmium, and PFAS that exceed Vermont water quality standards.

This discharge enters the buffer zone of a Class 2 wetland that is connected to the Black River, a primary tributary of International Lake Memphremagog.

The lake supplies drinking water for some Vermonters and approximately 175,000 Canadians.

DUMP issued a seven-page “white paper” in January 2022 documenting the lack of transparency in decision-making by the ANR and its failure to respond to public input concerning approvals for the landfill operation.

The group says the ANR’s reply consisted of a six-sentence email that did not address any specifics.

The plan for a treatment system, proposed by NEWSVT to be constructed at the outlet of the underdrain #3, was discovered in DUMP’s review of internal ANR documents and is one example of the perceived lack of transparency.

NEWSVT’s proposed treatment system would remove some of the PFAS content, but will still result in the discharge of pollutant-laden flows into the wetland buffer.

DUMP insists that the treatment system requires a discharge permit.

In February 2022, DUMP asked the Watershed Management Division of the ANR why the flow out of the landfill underdrain did not require a permit but says they did not provide a response.

DUMP’s petition to the ANR Secretary contends that a state wetland permit, issued in 2021 and approving the PFAS treatment system in the wetland buffer, is invalid because the permit failed to consider the content of the discharge into the wetland and because the design plans filed with the ANR Solid Waste Division in December 2021 are substantially different from the plans approved by the wetland permit.

“DUMP strongly supports pretreatment of landfill leachate by using the best available technology,” said Ed Stanak, a member of DUMP’s advisory committee. “But decisions on how and where to treat the leachate involve critical public policy decisions and they cannot be left to the private waste industry.”

Stankak said the fragile Lake Memphremagog watershed must be protected and environmental justice supports a policy that the toxic leachate must be transported back to the urban regions that generated the solid wastes for treatment in upgraded municipal wastewater plants funded by federal ARPA funds.