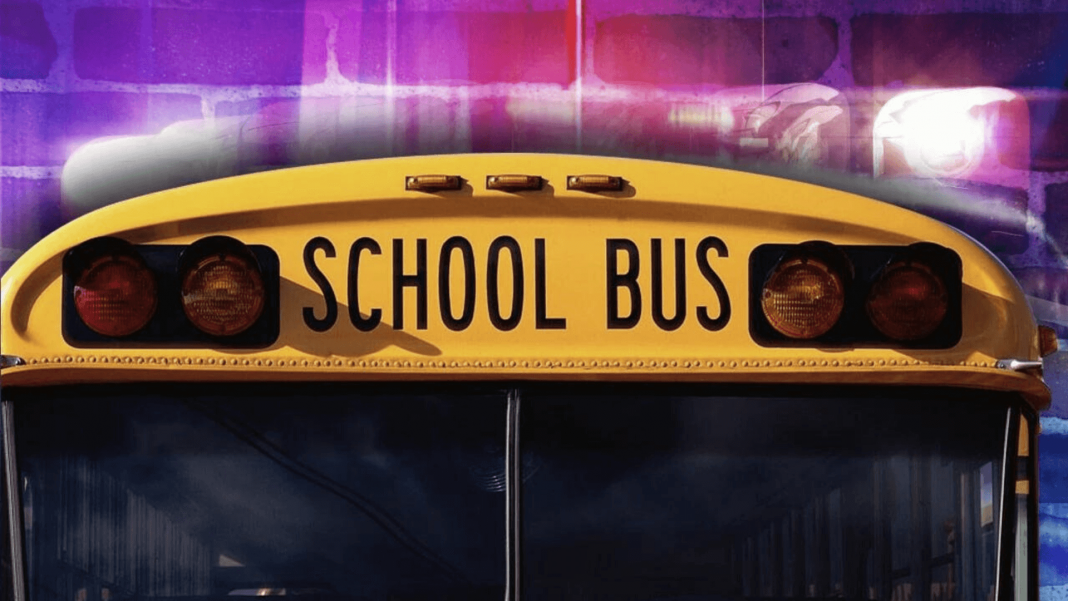 SWANTON — Police responded to a two-vehicle crash in Swanton yesterday.

The crash involved a school bus on Bushey Street at the Swanton Central School at around 3:05 p.m.

The location was near the intersection of Robin Hood Drive.

According to the report, Megan Johnson, 42, of Mooers, NY, was traveling north on Bushey Street towards Robin Hood Dr when the school bus, driven by Tammy Leary, 57, of St Albans, pulled out from the intersecting school parking lot.

Having taken a wide turn, Leary struck Johnson’s vehicle causing Johnson to veer off the road.

All parties involved, and occupants of the school bus were examined by medical staff and cleared with no reported injuries.