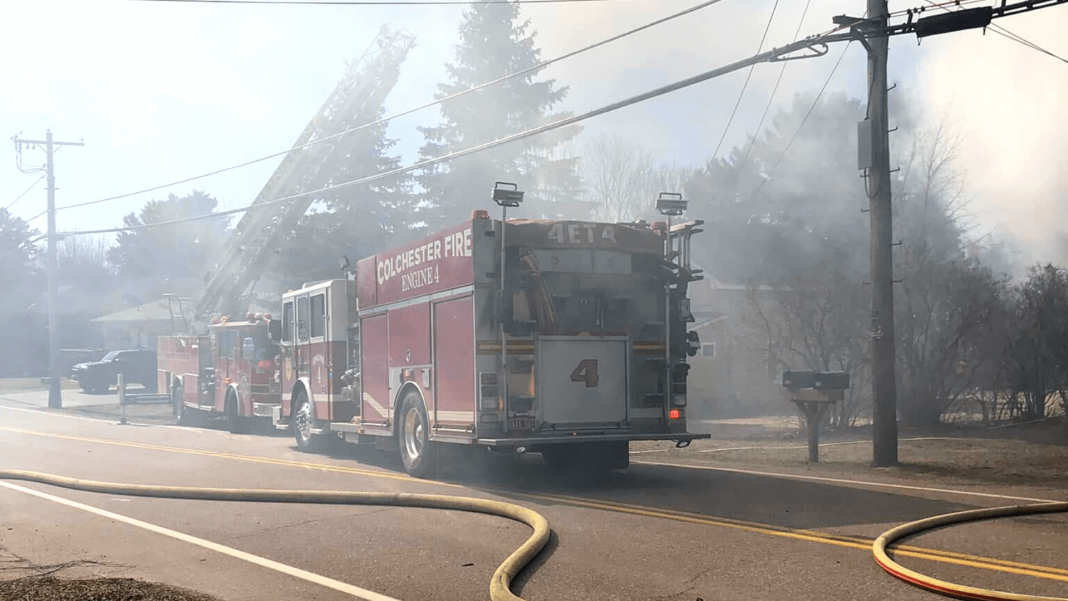 COLCHESTER — Police responded to a fire that broke out in Colchester on Tuesday.

Colchester Fire, Saint Michael’s College Fire, and Colchester Rescue Squad were dispatched to an address on Porters Point Road at around 9:40 a.m.

Heavy fire was seen inside a detached two-car garage that was in close proximity to a single-family home.

Crews immediately went to work on suppressing the fire and protecting the home.

Crews from Burlington assisted in firefighting efforts as well as gaining entry into the garage to allow suppression crews better access to the fire.

The fire was brought under control in less than an hour, but crews remained on the scene for approximately three hours overhauling and checking for hot spots.

There were no reported injuries to the public or fire personnel.