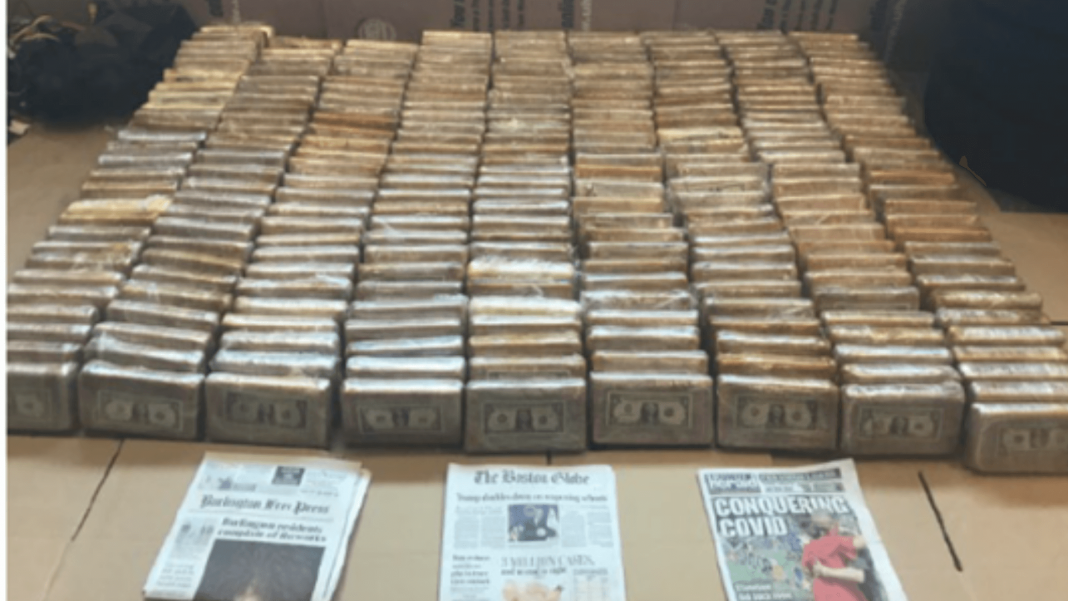 BURLINGTON — Georges Yaghmour, 40, of Quebec, was sentenced for conspiring to distribute and to possess with intent to distribute more than 500 grams of cocaine.

According to court records, in late 2019 Yaghmour traveled from Canada to a Burlington hotel where he and others met with an undercover DEA agent posing as a drug courier offering to bring cocaine from South America to Canada, through Vermont.

Court records state that during this meeting Yaghmour stated that he and his partners were prepared to pay one million dollars in exchange for the delivery of 500 kilograms of cocaine.

Eventually, other members of the conspiracy delivered more than $570,000 in partial payment for the DEA’s undercover delivery services, and DEA seized more than 300 kilograms of cocaine after it was delivered in South America for transport to Vermont.

On two occasions DEA arrested persons dispatched to pick up some of the cocaine on behalf of the Canadian purchasers, once in Vermont and once in Massachusetts.

Court records show that after one courier failed to deliver the cocaine to a location in South Burlington, other members of the conspiracy kidnapped the courier’s grandparents and held them for ransom which included the quantity of cocaine they were expecting.

Yaghmour was sentenced today to serve 63-months in prison.