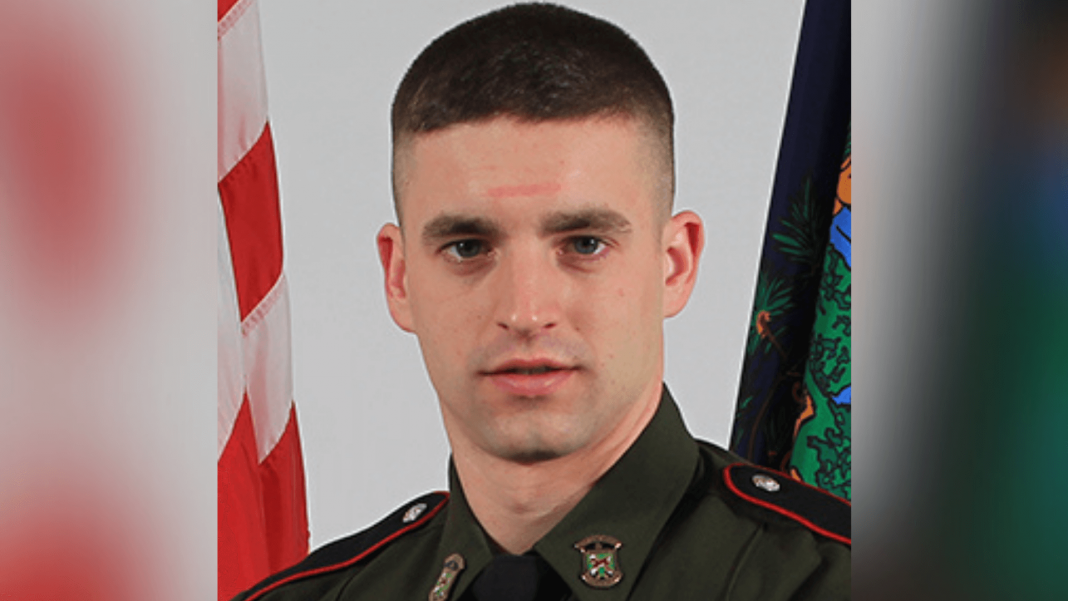 CAMBRIDGE — Vermont Fish and Wildlife recently announced that Jeremy Schmid of Cambridge has been selected as the Game Warden of the Year.

A game warden since 2015, Schmid was nominated for the award by his peers and selected for his “integrity, professionalism and high motivation in all his work duties.”

“I want to thank Jeremy for his outstanding performance in protecting Vermont’s fish and wildlife resources and serving the people of Vermont,” said Vermont Fish and Wildlife Commissioner Christopher Herrick.

“Jeremy’s warden work, caseload, and time spent educating the public are second to none,” added Jason Batchelder, Vermont’s chief game warden. “Jeremy has the ability to sit in the weeds waiting for a poacher to return to a crime scene, to educate a person about a troublesome bear, and to bring a fair and amicable conclusion to a mistake made by an honest hunter — all in the same day.”