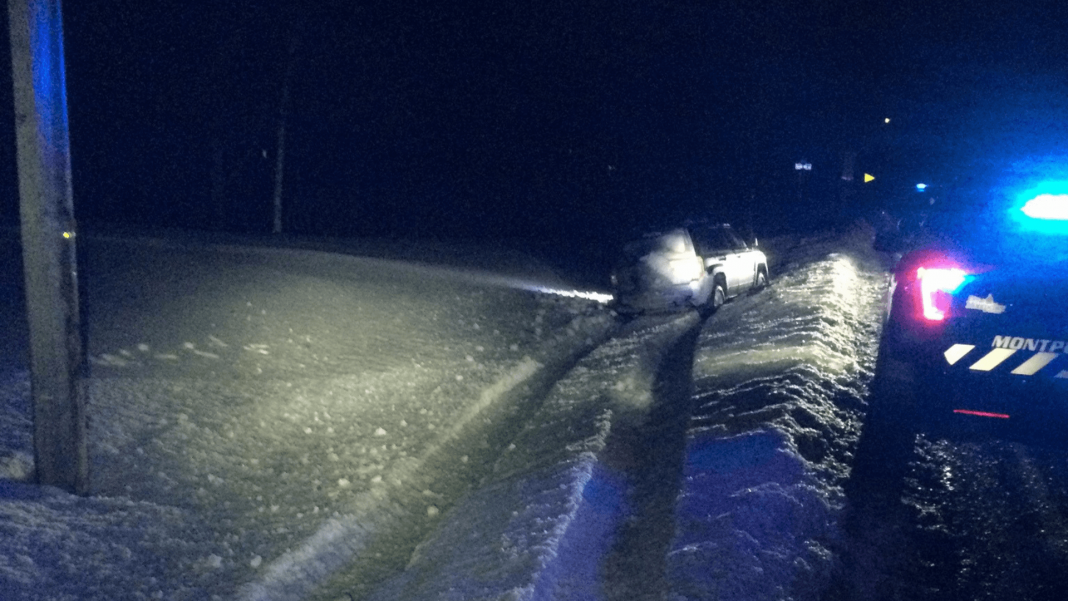 The crash took place on Elm Street, north of Gould Hill Road, at around 8:05 p.m. on February 23.

The driver was screened roadside and arrested for suspicion of driving under the influence of drugs.

Police say the vehicle was headed south on Elm Street when it crossed over the center line into the opposing lane and went off the road into the ditch.

Charges for driving under the influence of drugs are pending the results of an evidentiary blood test, police say.

Police have not yet released the name of the driver.