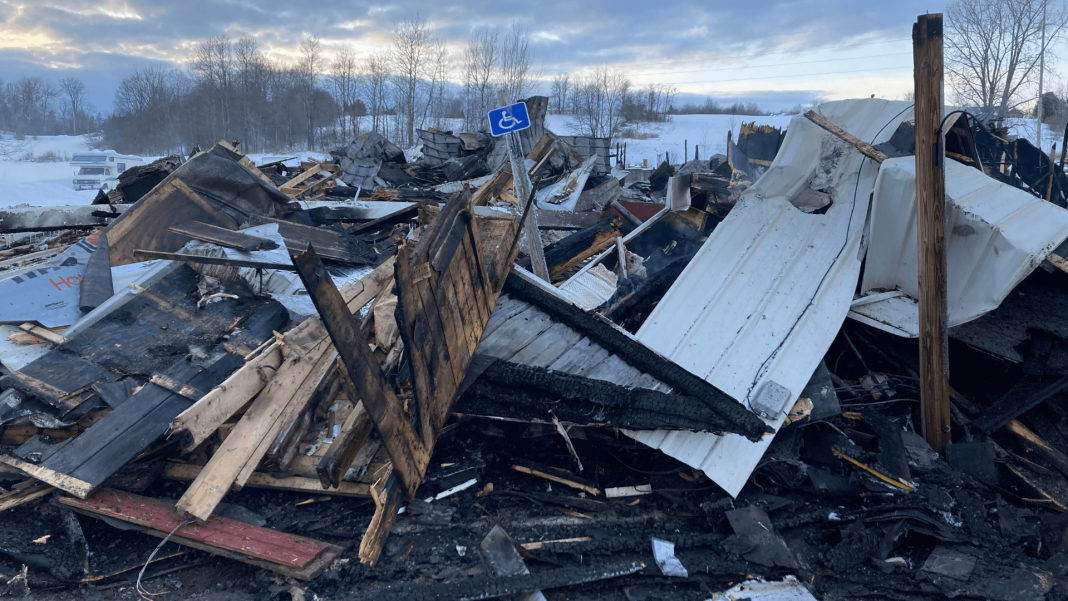 DERBY — Fire crews were called early this morning after a fire broke out in Derby, destroying an auto repair shop.

The Derby Line Fire Department received a report of a structure fire at Don’s Auto on U.S. Route 5 at around 1:00 a.m.

The Derby Line Fire Department, as well as several other surrounding fire departments, including Newport, and Stanstead QC, responded to the location.

The building sustained extensive damage from fire, heat, smoke, and water and was considered a total loss.

The building was unoccupied, and no injuries were reported.

The owner of the building is listed as Scott Keenan, 50, of Morgan.

Fire investigators arrived today to determine the origin and cause of the fire.

The cause of the fire is still under investigation, but police say it is not considered suspicious at this time.

Anyone with information regarding the incident is asked to contact Tim Angell at 802-585-9101.